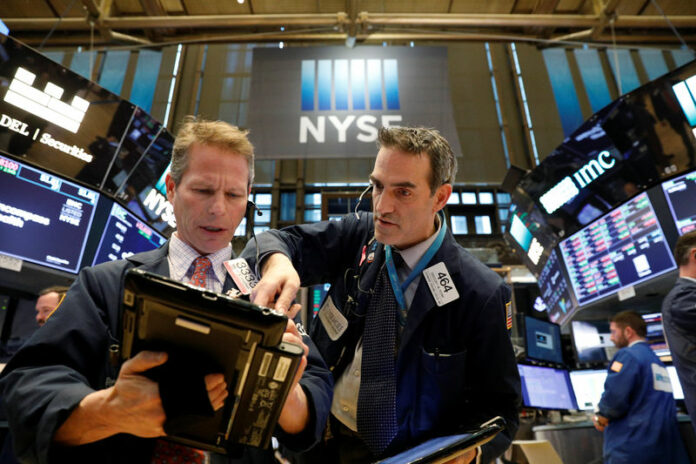 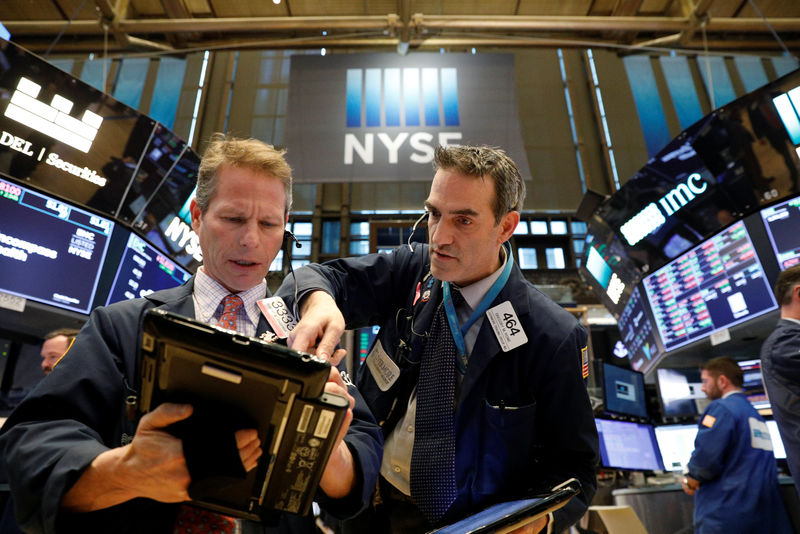 NEW YORK (Reuters) – U.S. fund investors sucked $23.9 billion out of the stock market during the latest week, marking the largest withdrawals from those funds on record, Lipper data showed on Thursday, as the benchmark S&P 500 and Dow Jones Industrials indexes sank further from their record highs.

The withdrawals from U.S.-based equity exchange-traded funds (ETFs) and mutual funds took place during the week ended Feb. 7, according to the research service, whose records date back to 1992.

“The market’s overbought. It’s due for a correction and looking for a reason, and I think it kind of found it with this,” he said.

The declines followed a catalyst that, at first, seemed positive: U.S. wages increased at their largest annual pace in more than 8-1/2 years, data showed last Friday.

That possibility along with rising rates gave markets an excuse to pause a long run-up that pushed the S&P 500 up some 20 percent in 2017 and almost another 8 percent in the first 18 days of the new year alone.

Keon cautioned that the withdrawal figures for the week were boosted by ETFs, which are often used by fast-trading institutional investors.

Stock ETF outflows were $21 billion, compared with modest mutual fund withdrawals of $3 billion, according to Lipper. By comparison, those mutual funds lost $236 billion for the week just from negative performance.

Still, there were signs of excess. Just last month, U.S.-based domestic equity funds took in the most cash since July 2013. Two weeks ago, U.S. technology stock funds took in more cash than in any week since the turn-of-the-century dot.com bubble. Last week, five products that essentially bet on market calm by shorting the CBOE Volatility Index () took in the most money ever.

Technology stock funds’ $1.1 billion outflow during the most recent week marked the largest withdrawals since September 2016. And short-volatility products sank so much on Monday that at least two are closing for good.

Non-domestic stocks, including in emerging markets, and bonds were among safe havens chosen by investors. Financial sector funds, which are seen profiting from rising rates by boosting lending, took in $861 million.

Bonds attracted money overall despite their negative performance during the week. Treasury fund inflows of $2 billion were the largest since September, Lipper said, though high-yield junk fund outflows rose to $2.7 billion. Demand for those lower-quality bonds often moves in sympathy with equities.

The following is a breakdown of the flows for the week, including mutual funds and ETFs: