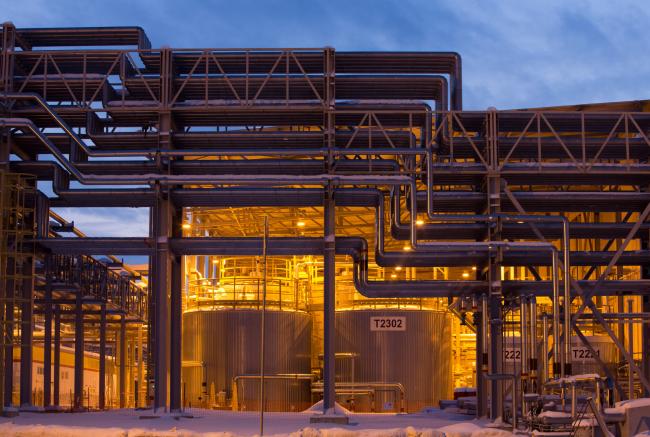 (Bloomberg) — Crude dropped below $60 a barrel for the first time this year as the worst collapse in equities in years compounded concern that unprecedented supply growth from U.S. oil fields will overwhelm demand.

Futures tumbled as much as 2.4 percent on Friday in New York, on track for its steepest weekly decline in almost a year. A global index of more than 1,600 stocks limped toward its most painful weekly result since 2011 as investors fled riskier asset classes. American crude output is soaring so fast that the U.S. is on the verge of elbowing Saudi Arabia and Russia aside as the dominant supplier.

“The supply backlash that we have been expecting in the U.S. because of higher prices became very real in the market psyche,” Harry Tchilinguirian, head of commodity markets strategy at BNP Paribas in London, said by telephone. Oil is also being buffeted by “ripple effects from the risk-off move in equity markets.”

Traders who divine market momentum from charting and technical signals were closely watching New York crude’s 50-day moving average because a settlement below that level for several days in a row would be regarded as bearish.

Oil in New York has tumbled 7.4 percent so far this month. Even as the Organization of Petroleum Exporting Countries and Russia curtailed output to prop up prices, production has continued escalating in the U.S.

for April settlement declined $1.08 to $63.73 on the London-based ICE Futures Europe exchange.

U.S. production surged to 10.25 million barrels a day last week, according to government data released Wednesday and is forecast to top 11 million a day this November, a year earlier than previously expected.