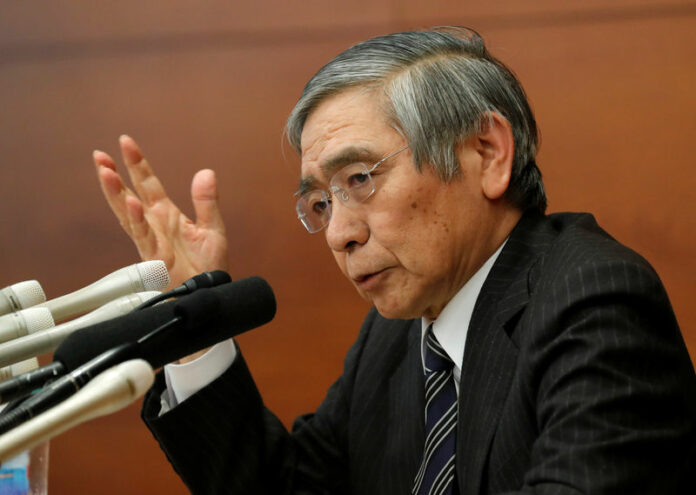 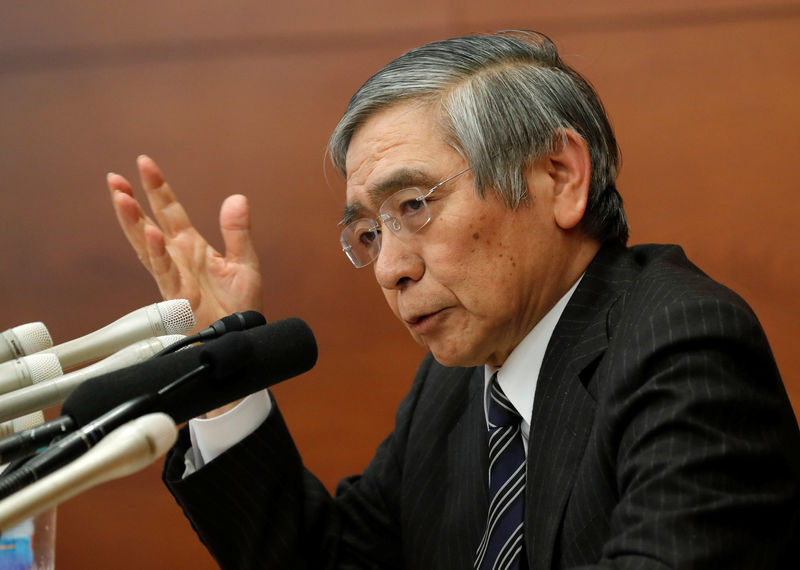 By Takaya Yamaguchi and Leika Kihara

TOKYO (Reuters) – Japan’s government has decided to nominate Haruhiko Kuroda for a rare second term as governor of the central bank when his current one expires in April, a person briefed on the matter said on Saturday, a sign the country’s ultra-loose monetary policy will remain in place.

The reappointment, widely expected by financial markets and reported late on Friday by Japanese media, will heighten the chances the BOJ will stick to its policy of capping borrowing costs around zero. This offers some relief to investors jittery about signs that some major central banks may dial back their crisis-mode policies earlier than expected.

“All in all it is a good sign,” said Stefan Gerlach, chief economist at Swiss bank EFG and former Deputy Governor of the Central Bank of Ireland.

“It means there is policy continuity and obviously it is good to have someone who is respected by the government enough to be reappointed.”

Kuroda’s nomination needs approval by both houses of parliament, a near certainty as premier Shinzo Abe’s ruling coalition holds comfortable majorities in the lower and upper houses of the Diet.

Abe’s government is to present the nomination to parliament later this month, the person told Reuters on condition of anonymity because the decision has not been formally presented.

Kuroda and his two deputies, former academic Kikuo Iwata and career central banker Hiroshi Nakaso, will see their five-year terms end in April and March respectively. It was not clear who will replace them.

With job losses at historic lows and corporate profits booming, Abe has repeatedly said he has “full trust” in the governor’s handling of monetary policy.

Kuroda has stressed his resolve to keep the monetary spigot wide open to achieve his elusive inflation target, a sign the BOJ will maintain its massive stimulus program even as other central banks move toward ending crisis-mode stimulus.

“A positive economic cycle is kicking off. I hope the BOJ continues to promote bold monetary easing to achieve its 2 percent inflation target,” Abe told parliament on Monday.

Reappointment will make Kuroda, a 73-year-old former Finance Ministry bureaucrat, the longest-serving BOJ governor in 54 years. If he serves out the five-year term, his 10 years at the helm will be the longest ever.

The dollar rose against the yen on expectations that Kuroda’s reappointment increases the chances the BOJ will maintain its massive stimulus program.

Analysts have said, however, that a reappointment will diminish the chance of the BOJ deploying more radical stimulus measures, such as direct BOJ bank-rolling of government debt as advocated by other candidates for the job, including Abe’s former aide Etsuro Honda.

“There are still big questions as to where policy goes and remember Kuroda has surprised markets in the past. But for now the reappointment suggests policy continuity throughout the year,” said Chris Scicluna, head of economic research at Daiwa Capital Markets in London.

Kuroda was picked by Abe to take the BOJ’s helm in 2013 to deploy one of the “three arrows” of his stimulus policies – aggressive monetary easing to reflate the economy out of grinding deflation.

But three years of aggressive asset purchases under a policy dubbed “quantitative and qualitative easing” (QQE) failed to accelerate inflation to the 2 percent target.

That forced the BOJ to revert to a policy targeting interest rates, a shift many analysts saw as a retreat from its radical monetary experiment toward a future withdrawal of crisis-mode stimulus.