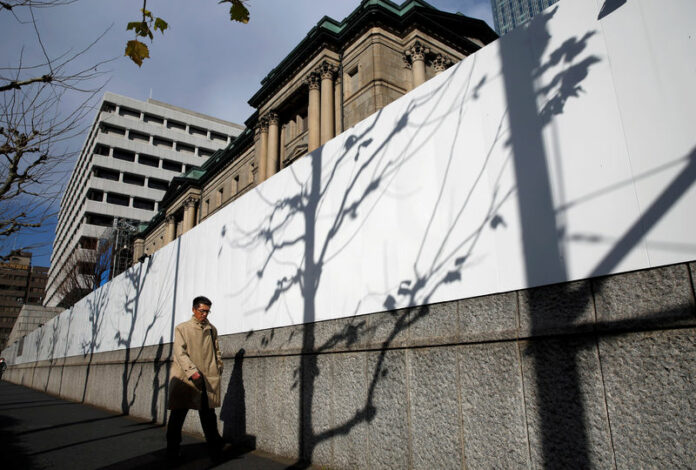 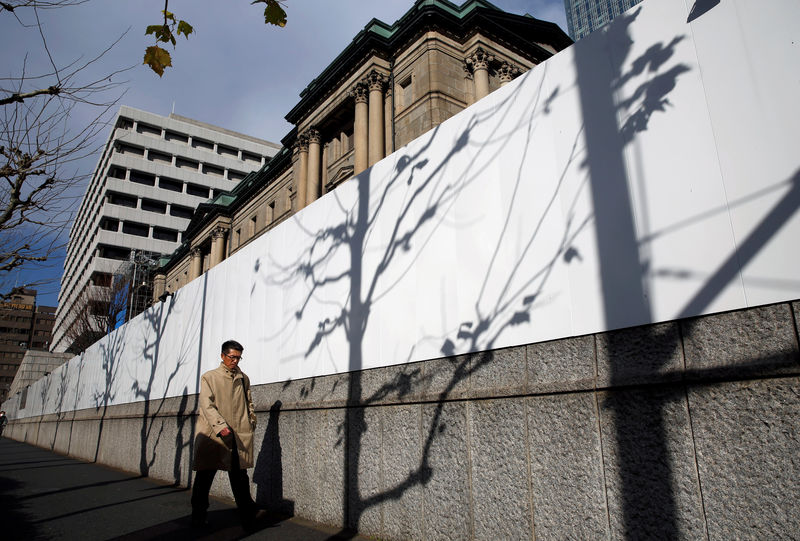 © Reuters. Man walks past the Bank of Japan building in Tokyo

The government has decided to nominate Haruhiko Kuroda for a rare second term as governor of the central bank when his current stint expires in April, a person briefed on the matter said on Saturday, a sign Japan’s ultra-loose monetary policy would remain in place.

The Mainichi newspaper also reported on Sunday that Amamiya is a leading candidate for a deputy governor to replace Nakaso after Jiji’s earlier report.

Amamiya oversees the BOJ’s monetary policy drafting and is known for masterminding most of the bank’s innovative policy measures – including its huge asset-buying programme and yield curve control.

His ability to communicate with Japan’s demanding lawmakers and ability to craft ingenious solutions to the BOJ’s many problems earned his approach the nickname “Amamiya magic”.

Abe’s former aide Etsuro Honda, currently Japan’s ambassador to Switzerland, is also a leading candidate for deputy governor to replace Iwata, Mainichi reported. Honda is known as one of the architects of Abe’s masterplan to reflate the economy.