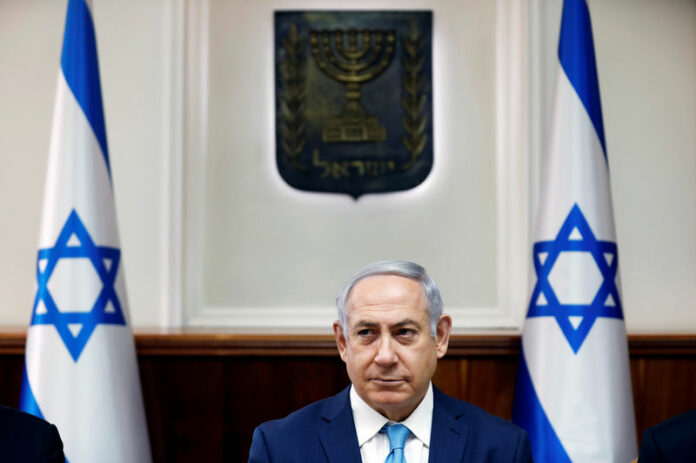 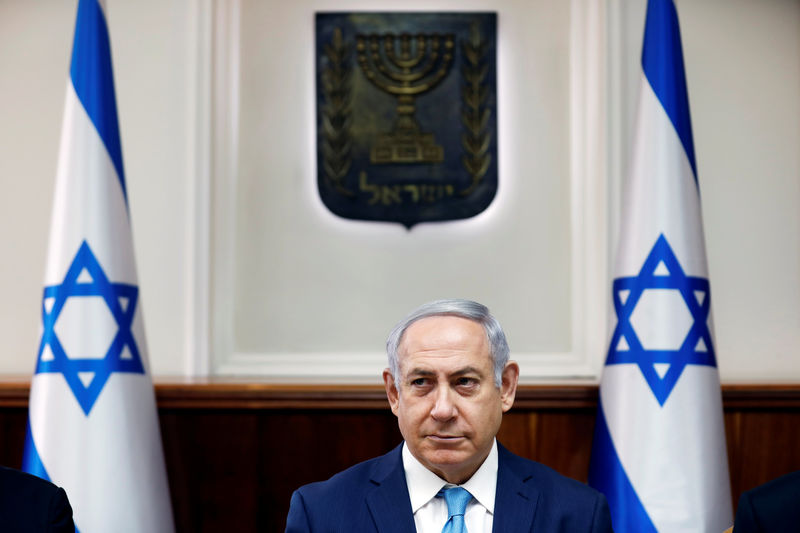 By Jeffrey Heller and Lisa Barrington

JERUSALEM/BEIRUT (Reuters) – Prime Minister Benjamin Netanyahu said on Sunday that Israeli forces would press ahead with Syria operations despite their loss of an advanced warplane to enemy fire for the first time in 36 years.

Syrian anti-aircraft fire downed the F-16 as it returned from a bombing raid on Iran-backed positions in Syria early on Saturday. The Iran-backed forces are supporting President Bashar al-Assad in Syria’s near seven-year civil war.

Israel then launched a second and more intensive air raid, hitting what it said were 12 Iranian and Syrian targets in Syria, including Syrian air defense systems.

However, Israel and Syria have both signaled they are not seeking wider conflict and on Sunday their frontier was calm, though Netanyahu struck a defiant tone on Sunday in remarks to his cabinet broadcast by Israeli media.

“Yesterday we landed hard blows on the forces of Iran and Syria. We made unequivocally clear to everyone that our modus operandi has not changed one bit,” he said.

Iran’s involvement in Syria, including the deployment of Iran-backed forces near the Israeli-occupied Golan Heights, has alarmed Israel, which has said it would counter any threat. Israel also has accused Iran of planning to build precision-guided missile factories in Lebanon.

The Syrian Observatory for Human Rights, a Britain-based war monitor, said Israel’s strikes on Saturday had killed at least six people from Syrian government and allied forces. Syrian state media have yet to disclose any casualties or damage.

The downing of the F-16 over northern Israel – as the air force struck back for what it said was an incursion by an Iranian drone launched from Syria – was a rare setback for a country that relies on regional military supremacy.

Security cabinet minister Yuval Steinitz told Israel Radio the Iranian drone was modeled on the U.S. RQ-170 drone that was downed in Iran in 2011. The U.S. Embassy did not immediately comment.

The jet’s two-man crew survived with injuries, and Israeli generals insisted they had inflicted much greater damage in Syria – even as Damascus claimed a strategic gain in the decades-old standoff with its old foe to the south.

Israel said it had destroyed three Syrian anti-aircraft batteries and four targets “that are part of Iran’s military establishment” in Syria during Saturday’s raids.

“This is the broadest attack on Syria’s defense systems since (Operation) Peace for the Galilee,” air force Brigadier-General Amnon Ein Dar told Army Radio, referring to Israel’s 1982 Lebanon offensive, in which it battled Syrian forces.

It was also the first downing of an Israeli warplane by enemy fire since that conflict.

In Syria, the pro-government al-Watan newspaper said the country’s air defenses had “destroyed the myth of Israeli air superiority in the region”.

Lebanon’s Iran-backed Hezbollah group, which fights in support of Assad in Syria, spoke of the “start of a new strategic phase” that would limit Israel’s activity in Syrian airspace, where Israeli planes have regularly attacked suspected weapons shipments to the Islamist movement.

Both the United States, Israel’s closest ally, and Russia, which supports Assad in the Syrian civil war, have expressed concern over the latest clashes.

U.S. Secretary of State Rex Tillerson was due to begin a previously scheduled visit to the region on Sunday, expecting what a State Department official said would be “tough conversations”. He is due to travel to Jordan, Turkey, Lebanon, Egypt and Kuwait during the Feb 11-16 trip.

In a telephone call with Russian President Vladimir Putin on Saturday, Netanyahu affirmed Israel’s right to self-defense and pledged continued cooperation with Moscow to avoid inadvertent clashes with Russian forces in Syria.

The Eurasia Group, a New York-based political risk consultancy, said in a commentary that “in order to reinforce deterrence, Israeli leaders will probably assess they need to show Iran, Hezbollah and Syria they will continue to strike targets despite the risk”.

“(But) in a fog of war environment, another incident can easily drag the relevant parties toward a regional conflict.”