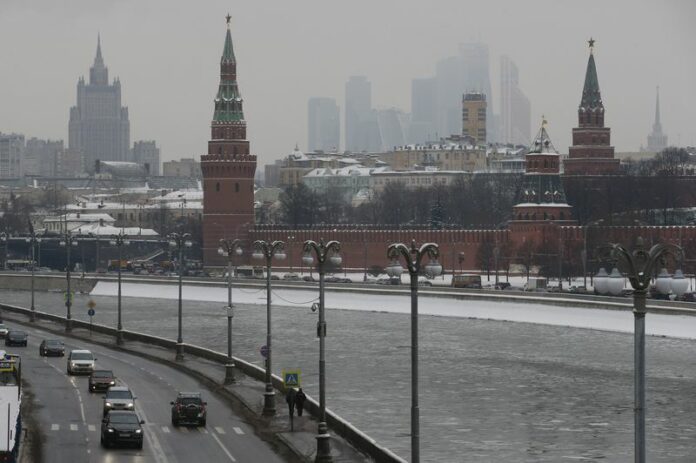 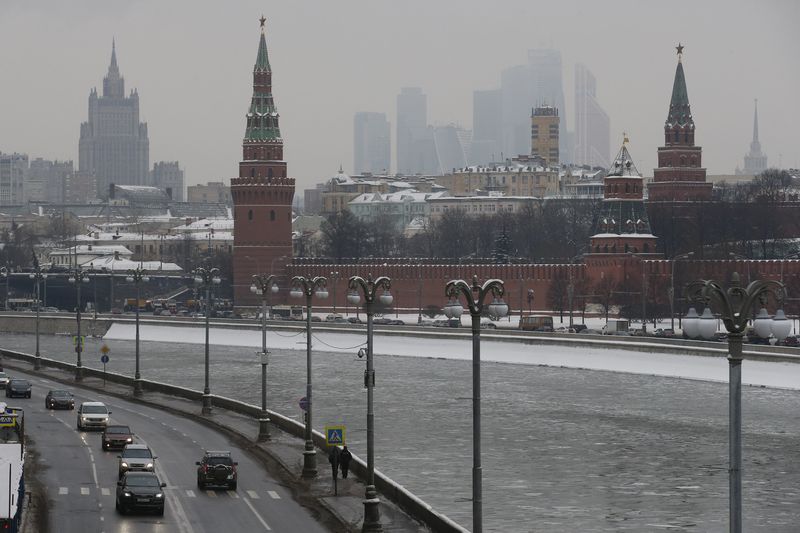 LONDON (Reuters) – Russia’s chances of reclaiming the ‘investment grade’ credit rating it lost three years ago are rising, potentially causing headaches for index-tracking bond buyers who will be wary of U.S. sanctions.

A move by Moody’s late last month means that both it and S&P Global now have Russia’s foreign currency debt rating just one step away from the coveted upper bracket.

Targeted by Western economic and financial sanctions since 2014, after it intervened in Ukraine, Russia’s economy began to recover last year after a steep economic downturn, thanks to higher oil prices and some prudent measures by the government and central bank.

With that pick-up ongoing, one of the lowest debt levels in the world at just over 16 percent of GDP, plus nearly half a trillion dollars in reserves, many argue the reinstatement of Russia’s ‘investment grade’ status is long overdue.

“Our analysis is that the economy and public finances are in good shape and can withstand new sanctions,” Moody’s analyst Kristin Lindow told Reuters last week.

That was before the United States published a list of oligarchs close to the Kremlin and what sanctions may follow is as yet unknown.

But S&P also has Russia on its upgrade watch list and expects to make a decision this year. Its next review is due by mid-March.

Ratings upgrades would not only show Moscow is coping with Western sanctions, but also make its bonds of high enough quality for the super-sized pension funds and more conservative exchange-traded funds that only hold ‘investment grade’ assets.

Russian central bank figures show that foreign buying of the country’s dollar and other non-rouble debt started to pick up last year having been in an almost continual decline since 2011. But a restored investment grade could really rev it up.

“It is a big deal crossing the investment grade threshold,” said David Riley, head of credit strategy for BlueBay asset and former top sovereign analyst at another ratings agency, Fitch.

“It broadens and deepens the investor base and opens the door to some of the (investment grade-only) aggregate bond indices.”

For instance, the Bloomberg Barclay’s Global Aggregate index – which Russian foreign debt will join if the country regains investment grade – acts as a performance benchmark for funds managing trillions of dollars.

That influences buying behavior, because as any money manager knows, if you stray too far from the benchmark then you better be right.

“I would say that once it (investment grade) happens, a good number of investors that are benchmarked to those IG indices would buy,” said Allianz (DE:) Global Investor’s CIO of EM fixed income Greg Saichin.

More demand for its debt should bring real benefits to Moscow.

UniCredit analysts calculate that for every 1 percentage point increase in foreign ownership of an emerging market country’s debt, a government’s yields – effectively what it pays to borrow – drop by about 12 basis points on average.

What if the indexes give the green light to Russia’s inclusion and then the United States slaps sanctions on its debt, as has been talked about in Washington recently?

That could potentially expose global funds, which are some the biggest customers of both the index providers and S&P and Moody’s, to legal headaches.

Abhishek Kumar, lead EM portfolio manager at State Street Global Advisors, who expects a Russian upgrade this year, thinks this worry has been one of the things that has been holding the agencies back over the last year.

“It will open a Pandora’s box for their clients,” Kumar said. “You will have a massive issue: what happens? Do you buy? do you not buy?”

BlueBay’s Riley agreed. “It is a material issue any investor has to be aware of,” he said.