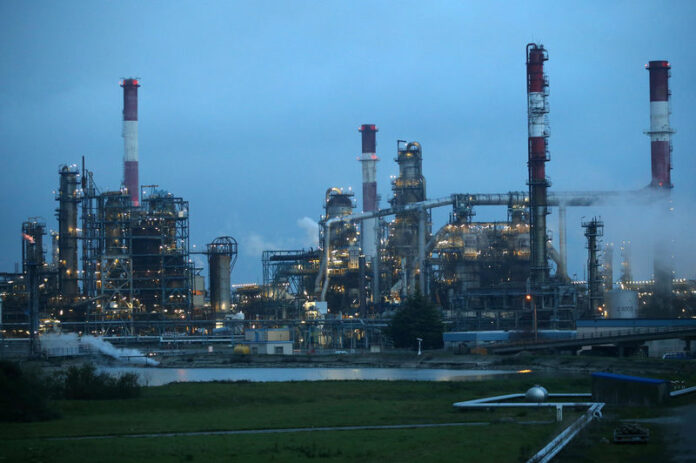 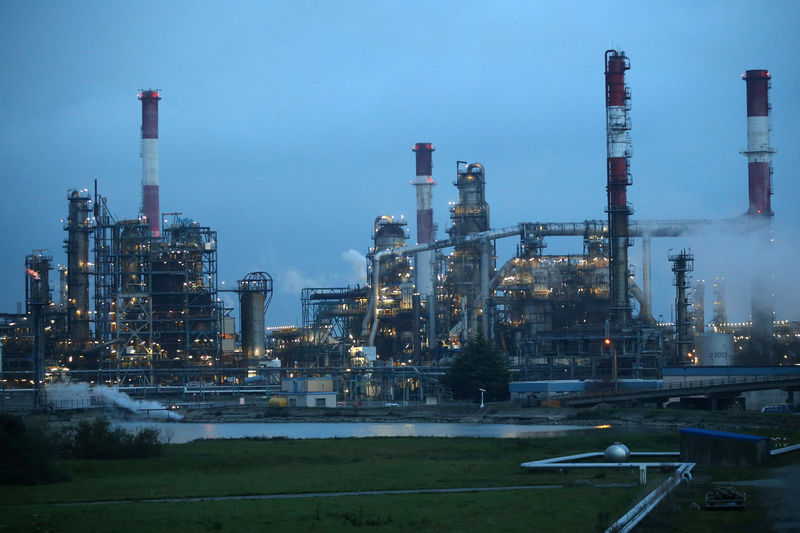 LONDON (Reuters) – With years of austerity in their rear-view mirrors, the world’s biggest oil companies are locked in a beauty contest to lure investors with promises of growth and greater rewards.

Royal Dutch Shell (LON:) and Total are emerging as frontrunners after a three-year slump thanks to strong growth projections but Exxon Mobil (NYSE:), the biggest publicly traded oil company, has largely disappointed with a weaker outlook.

Major oil companies slashed spending and cut costs after oil prices collapsed in 2014 and can now generate as much cash with crude at $50-$55 a barrel as they did when the price was around $100 earlier in the decade.

Cash flow at oil companies in 2017 rose to its highest since before the slump, helped by the drastic cost cutting plans and a recovery in oil prices, and executives are once again turning their attention to growth.

With crude expected to hold above $60 a barrel into the end of the decade, major oil companies are confident they can boost already attractive payouts to shareholders.

Total sent the strongest signal, announcing plans to increase dividends by 10 percent, buy back $5 billion of shares by 2020 and abolish its so-called scrip policy introduced in the lean years of offering shares instead of cash dividends.

Analysts at Bernstein hailed the French company, which reported a 28 percent rise in fourth-quarter profit on Thursday, as “the new benchmark in shareholder returns” and upgraded their share recommendation to “outperform”.

“Clearly the U.S companies disappointed more whereas Total cheered everyone up together with Shell, even if it had a small miss,” said Alasdair McKinnon, portfolio manager at The Scottish Investment Trust.

For a graphic on oil output and cash flow, click http://tmsnrt.rs/2nGfmte

Norway’s Statoil (OL:) and U.S. company Chevron Corp. (NYSE:) have also raised their dividends over the past week, while BP (LON:) was ahead of the pack by resuming share buybacks in the fourth quarter of 2017.

Shell, whose profits and cash flow beat Exxon’s last year, is now set to buy $25 billion of shares by the end of the decade after abolishing its scrip policy in November.

Analysts say Exxon remains an outlier after a disappointing drop in cash flow and production in the fourth quarter raised concerns among investors about its strategy.

Shares of the Irving, Texas-based company have fallen by more than 10 percent over the past week, wiping $35 billion off its value. Its stock has trailed rivals significantly over the past two years, reflecting its weaker outlook.

“All the majors are cheap at the moment but maybe Exxon is not the best major out there. We prefer Shell,” McKinnon said.

“We were encouraged by the cost cutting plans of the company and the potential transformation of its future cash flows,” he said.

THE RACE IS ON

After three years of finding ways to save money through job cuts, lower exploration budgets and harnessing new technology to become more efficient, executives have moved growth to the fore and are scrambling to outshine each other.

“The priority of the board is to maintain our ambitious growth and continue to add value for shareholders,” Total Chief Executive Officer Patrick Pouyanne told investors on Thursday.

The ambitious Dutch CEO has publicly said he wants Shell to challenge Exxon’s financial dominance in the sector, even though the U.S. giant is still significantly larger than Shell by market value.

To reach that goal, Shell made by far the boldest move in the downturn, buying rival BG Group for $54 billion in 2016 and transforming the company into the world’s largest liquefied (LNG) trader and a major oil producer in Brazil.

But Shell was not the only one to take advantage of the slump to secure growth by snapping up rivals reeling from the slide in from a 2014 high of $115 a barrel to just $27 in January 2016.

Total bought Maersk Oil for $7.5 billion and Engie’s LNG business for $1.5 billion last year, BP made a number of investments in Africa and Norway while Exxon boosted its U.S. shale position with a $6 billion acquisition.

Biraj Borkhataria, an analyst at RBC Capital Markets, said while Shell still had the strongest potential to return cash to investors, a measure known as shareholder yield, Total was now close behind following its results and dividend announcements.

“Total is the clear winner to us so far, with a growing dividend and buyback combination that is closer to Shell in terms of total return, but with more upstream growth and less reporting volatility,” Borkhataria wrote in a note.

Shell’s shareholder yield for 2019 is forecast at 8.2 percent compared with Total’s 6.7 percent, BP’s 5.9 percent and Statoil’s 5.2 percent, while Exxon’s yield is at 4.7 percent and Chevron’s 4.2 percent, according to Borkhataria.

“Overall, it was a strong year for the majors. Cash has been up, production was up, they look quite confident, these are things I like to see,” James Laing, equities fund manager at Aberdeen Asset Management, said.