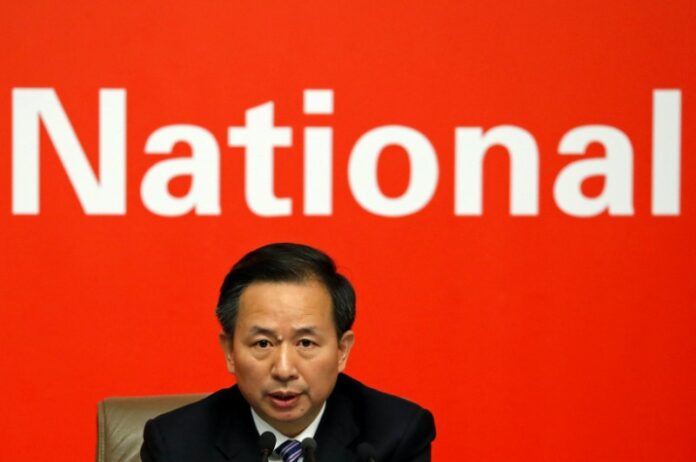 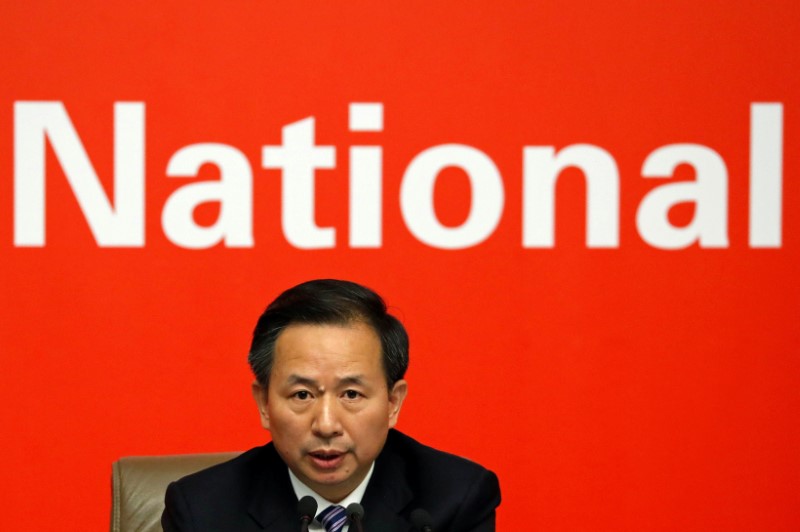 © Reuters. Chinese Minister of Environmental Protection Li Ganjie attends a news conference during the 19th National Congress of the Communist Party of China in Beijing

SHANGHAI (Reuters) – China has approved plans by 15 provinces and regions to draw up “red lines” that will put large swathes of its territory off-limits to economic development, the environment ministry said on Monday.

The “ecological protection red line” scheme was first devised in 2011 amid fears that decades of “irrational development” had put China’s environment under heavy strain.

It is designed to ban or restrict industrial development in wetlands, forests, national parks or protected nature zones.

Last year, the government ordered all provinces and regions to implement such systems by the end of 2020. The 15 schemes already approved include Beijing, Tianjin and Hebei, the remote desert region of Ningxia in the northwest and 11 other provinces along the Yangtze river.

The land covered by the scheme now amounts to 610,000 square kilometers (235,500 square miles), bigger than Ukraine, and amounts to about a quarter of the total territory of the 15 regions, the Ministry of Environmental Protection (MEP) said.

Li Ganjie, China’s environment minister, said in an address last week that the country would eventually aim to protect as much as 25 percent of the country’s territory using the “red line” scheme.

China is now struggling to bring vast amounts of contaminated farmland back into play as it bids to keep agricultural output at a maximum while at the same time curbing excessive pesticide and fertilizer use and overgrazing.

Beijing has to provide food for a fifth of the world’s population using just 7 percent of global farmland, much of which is too arid or suffering from pollution.

The country is also in the middle of a reforestation campaign and aims to plant an area the size of Ireland with trees this year, it said last month.