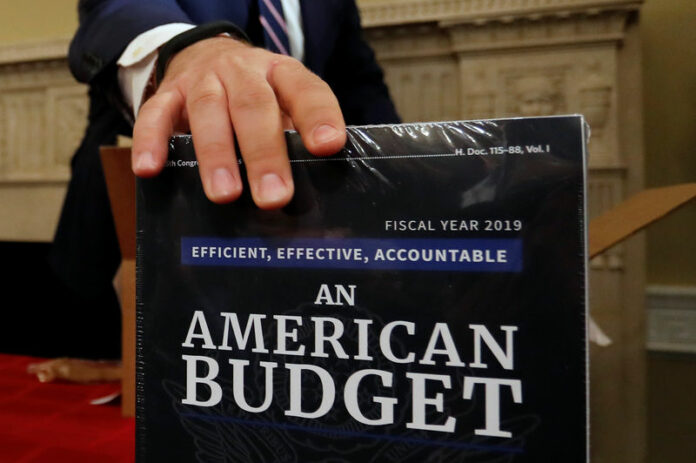 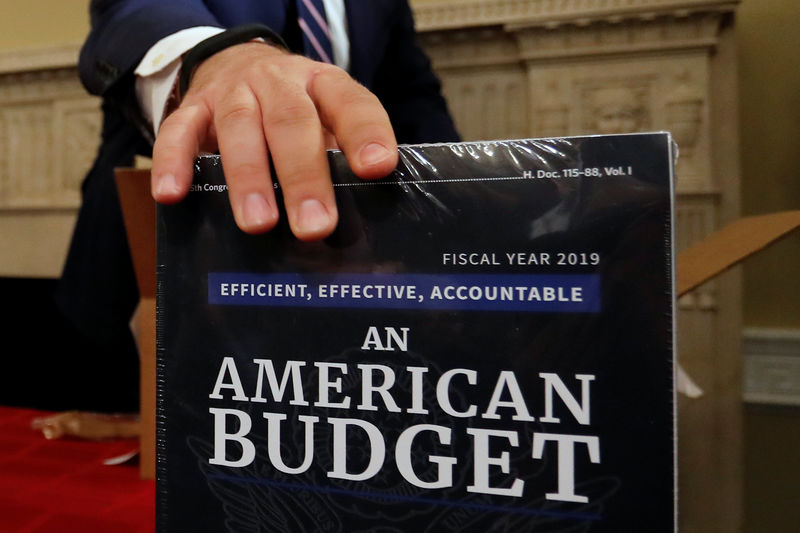 © Reuters. Copies of the President Trump’s FY 2019 budget proposal are delivered to the U.S. House Budget Committee offices on Capitol Hill in Washington

By Ginger Gibson and James Oliphant

WASHINGTON (Reuters) – President Donald Trump released his second budget on Monday, seeking to bolster military spending and requesting funds for infrastructure, construction of a wall along the border with Mexico and opioid treatment programs.

The $4.4 trillion budget plan, which is viewed by Congress as little more than a suggestion, will likely draw criticism from conservatives who worry that Republicans are embracing deficit spending.

The proposal for fiscal year 2019 includes $200 billion for infrastructure spending and more than $23 billion for border security and immigration enforcement. It also provides for $716 billion in spending on military programs and for maintaining the U.S. nuclear arsenal.

In a bid to show conservatives that the administration is embracing some fiscal discipline, the plan recommends cuts in non-military spending that would lower the federal budget deficit by $3 trillion over 10 years.

Trump’s budget also includes a number of economic forecasts and is expected to rely on estimates that the economy will keep growing at a rapid pace for the foreseeable future, which is critical to help cover the cost of the $1.5 trillion tax-reform bill passed by Congress in December.

The budget proposal includes two key elements: $18 billion over two years for Trump’s long-promised border wall and $200 billion in federal funds to spur $1.5 trillion infrastructure investments over the next 10 years with state, local and private partners.

The budget also seeks some $13 billion in new funding over the next two years to combat the opioid epidemic.