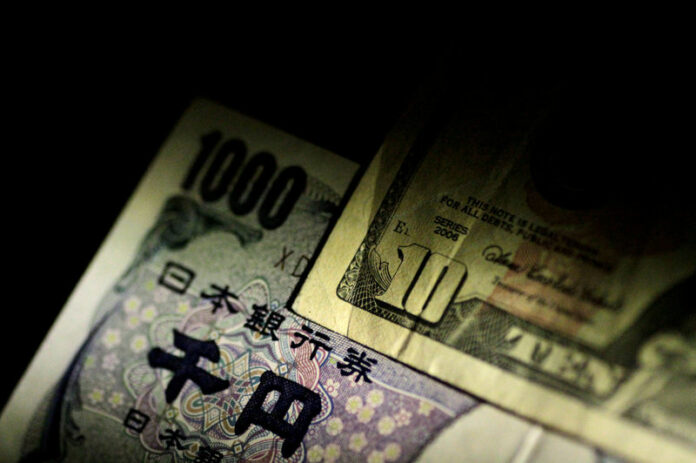 Yen firmer but below 5-month high vs. dollar; eyes on global equities 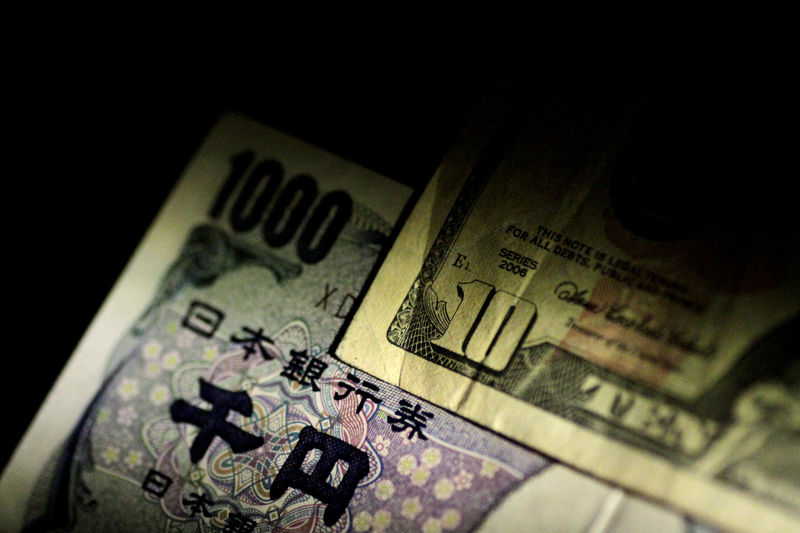 SINGAPORE (Reuters) – The yen edged higher versus the dollar on Monday, but traded below a five-month high after a bounce in U.S. equities late last week dampened demand for traditional safe haven currencies.

The yen tends to attract demand in times of market stress as the currency is backed by Japan’s current account surplus, which offers it more resilience compared to currencies of deficit-running countries.

The U.S. gained 1.5 percent on Friday, ending a wild week with a burst of buying, but still recorded the worst week in two years. Despite the bounce, investors were bracing for more volatile trading days ahead.

Reports late last week that the Japanese government had decided to nominate Haruhiko Kuroda for a rare second term as Bank of Japan Governor when his current one expires in April, signaling the BOJ’s ultra-loose monetary policy will remain in place, were seen as a factor that could potentially weigh on the yen and temper its gains.

“It’s not as if the dollar is going to rise sharply against the yen in the next couple of days just because Kuroda is set to be re-appointed,” said Satoshi Okagawa, senior global markets analyst for Sumitomo Mitsui Banking Corporation in Singapore.

“But once the market settles down, focus will probably return to differences in monetary policy…and that could give the dollar an upward bias against the yen,” he said.

For now, however, the yen is likely to take its cues from moves in U.S. and global equities, Okagawa said, adding that it may take a few weeks for markets to regain some calm.

Against a basket of six major currencies, the dollar eased 0.2 percent to 90.291 () after gaining 1.4 percent last week.

Last week, the dollar recorded its strongest week against the currency basket in nearly 15 months as some traders closed out dollar-bearish bets, while others favored the dollar in a safe-haven move to exit over higher-returning but riskier currencies.

In the week to Feb. 6, speculators reduced their net short position in the U.S. dollar for the first time in six weeks, according to calculations by Reuters and Commodity Futures Trading Commission data released on Friday.

The euro held steady at $1.2258 (). Last week, the common currency slid 1.6 percent, its worst weekly performance since November 2016, as receding risk sentiment and higher volatility prompted market players to cut back their positions.