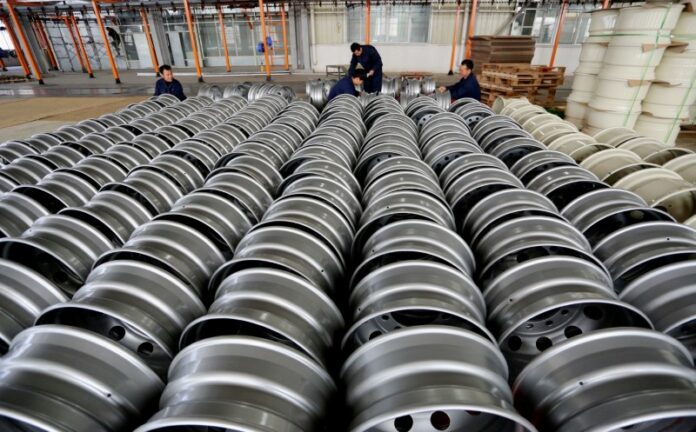 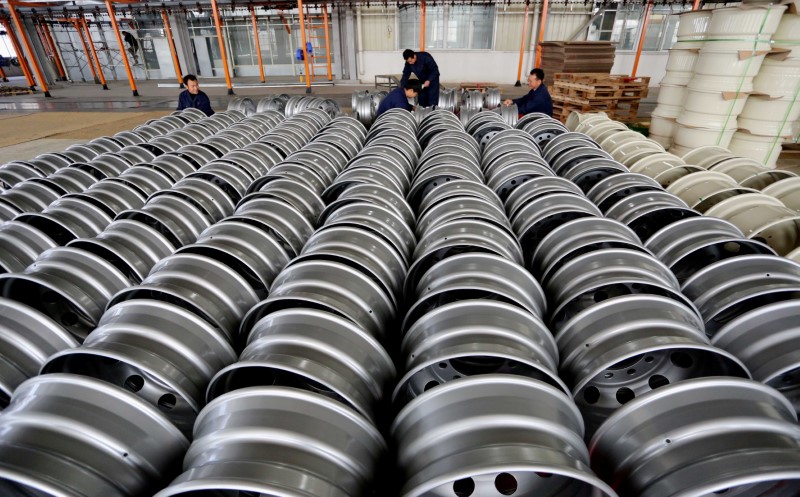 © Reuters. Workers arrange steel rims for export at a wheel factory in Lianyungang

SHANGHAI (Reuters) – China has expressed concerns over excessive protectionism in the steel sector by the United States, and urged it to show restraint in a probe into steel imports, an official with Chinese Ministry of Commerce (MOFCOM) said on Tuesday.

Wang Hejun, the head of MOFCOM’s Trade Remedy and Investigation Bureau, made the comments ahead of a meeting later in the day between U.S. President Donald Trump and a group of U.S. lawmakers to discuss trade. Trump is mulling whether to takes steps to limit steel and aluminium imports seen as damaging to U.S. businesses.

In a statement published on the MOFCOM website, Wang said excessive protection is not a remedy and will only lead to a “vicious circle” of trade actions.

Trump’s meeting comes a month after the U.S. Commerce Department handed him the results of an investigation into steel and aluminium imports. The Commerce Department has offered no insight into its conclusions, although the probe could lead to broad tariffs or import quotas among other steps.

Earlier on Tuesday, a Chinese government think-tank said in an email to Reuters that China will oppose any “unfair and unreasonable” trade measures by countries such as the United States against its steel companies, arguing protectionism will “poison” the industry.

The China Metallurgical Industry Planning and Research Institute said it was responding to recent efforts by U.S. steel firms urging President Trump to curb surging imports that they say are undermining the U.S. industry.