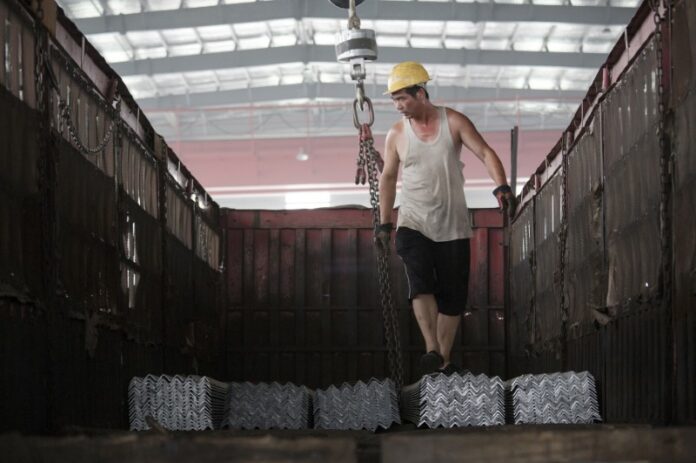 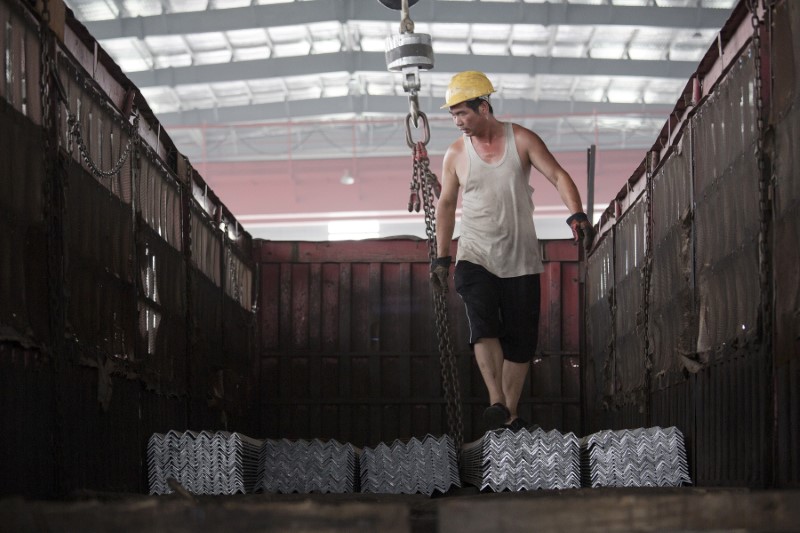 © Reuters. FILE PHOTO: A worker helps load steel bars onto a truck at warehouse in Tangshan in China’s Hebei Province

MANILA (Reuters) – China will oppose any “unfair and unreasonable” trade measures by countries such as the United States against its steel companies, a Chinese government think-tank said on Tuesday, arguing protectionism will “poison” the industry.

“Certainly we will protest against unfair and unreasonable measures launched by some countries such as the U.S.A. towards Chinese steel companies,” the China Metallurgical Industry Planning and Research Institute said in an email to Reuters.

“We will also study and discuss the counter-measures to try to seek a fair position for Chinese companies without any violation of W.T.O. (World Trade Organisation) agreement.”

Trump will meet with a bipartisan group of lawmakers later on Tuesday to discuss trade matters. The meeting comes a month after the Commerce Department handed him the results of its investigation into steel and aluminum imports, giving him 90 days to respond.

The Commerce Department has offered no insight into its conclusions, although the probe could lead to broad tariffs or import quotas.

Trump is considering action on both steel and aluminum under the rarely used ‘Section 232’ of a 1962 U.S. trade law, which allows for restrictions to protect national security.

The Chinese think-tank said it its email that, “Trade protection will poison the healthy development of steel industry. Only open and cooperation can expand the common benefit.”

The United States is the world’s biggest steel importer, buying nearly 40 percent of shipments from Canada, Brazil and South Korea.

But China was not among the top 10 sources of U.S. steel imports in January-September 2017, based on U.S. Commerce Department data.

Exports from China, the world’s top steel producer, to the U.S. reached 1.18 million tonnes last year. That’s a fraction of the 800 million tonnes it makes each year, equal to about half of global output.

From a record high of 112.4 million tonnes in 2015, China’s total steel exports have fallen amid threats of a trade dispute and better demand at home. The exports dropped to 75.4 million tonnes last year.