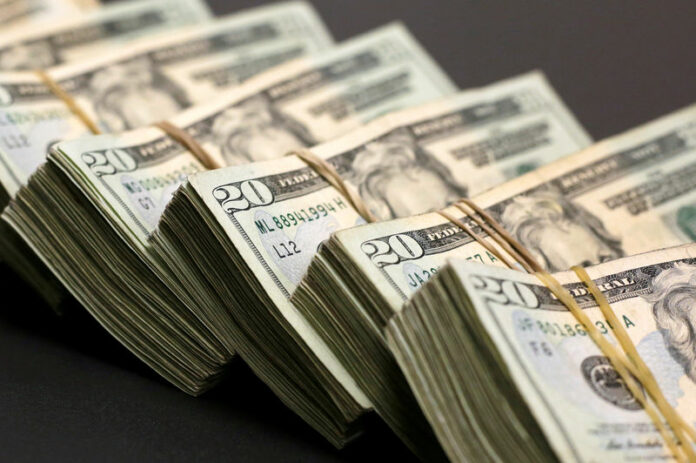 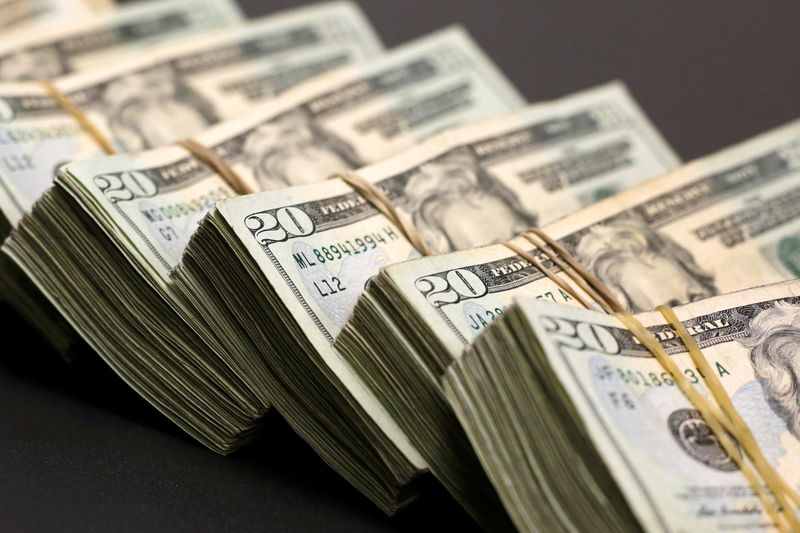 © Reuters. FILE PHOTO:Bundles of banknotes of U.S. Dollar are pictured at a currency exchange shop

TOKYO (Reuters) – The dollar slipped back on Tuesday as global equity markets showed some sign of stability after the recent rout, reviving risk appetite and putting the U.S. currency on the defensive on worries about its receding yield advantage.

The revival of risk appetite dented the yen, with the dollar changing hands at 108.70 yen

Higher inflation could prompt the Federal Reserve to tighten its policy faster than expected. Alternatively, if the Fed doesn’t act fast enough and falls behind the curve on policy, it could end up pushing up long-term bond yields. In either scenario, traders worry that U.S. growth could be hampered.

There were some indications such fears are beginning to subside, with Wall Street shares rebounding strongly on Monday and MSCI’s all-country world index () of stock performance rising 1.2 percent.

Still, market players are not convinced the worst is over.

Uchida said the dollar is likely to remain under pressure against the yen.