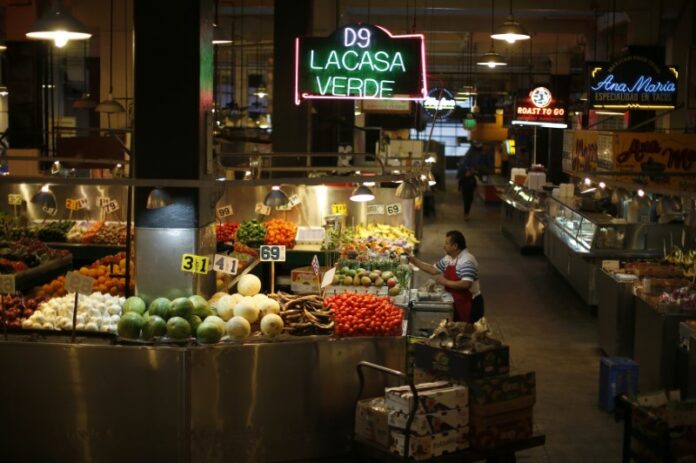 Explainer: Rising U.S. inflation and what it means for markets 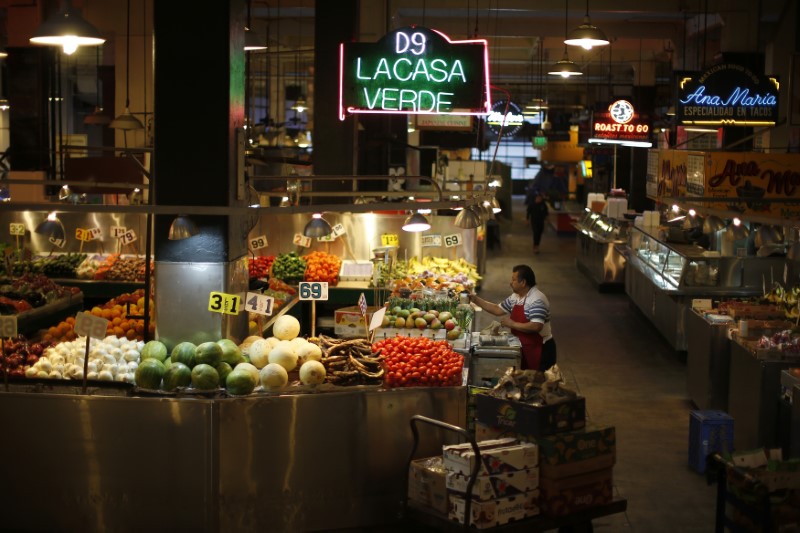 By Chuck Mikolajczak and Lucia Mutikani

(Reuters) – U.S. financial markets have been roiled recently by something neither the economy nor investors have had to contend with for the better part of a decade: concerns they may soon have to reckon with rising inflation.

What exactly is inflation, aside from a rise in prices for goods and services, and why is it having such a strong effect on markets?

Inflation is measured in a number of ways by various government agencies, and as long as the economy continues to expand it will be a consideration for markets.

Investors will get the latest inflation data on Wednesday with January’s Consumer Price Index and on Thursday with the monthly Producer Price Index.

WHAT IS INFLATION AND HOW IS IT MEASURED?

While inflation decreases consumer purchasing power, a certain level of inflation is considered a reflection of a strengthening economy and the impact on consumers can be offset by rising wages.

The U.S. government publishes several inflation measures on a monthly and quarterly basis. The main measures are the Consumer Price Index (CPI) and the personal consumption expenditures (PCE) price indexes. The CPI and PCE are constructed differently and perform differently over time.

The monthly CPI, compiled by the Labor Department’s Bureau of Labor Statistics (BLS), measures the change in prices paid by consumers for goods and services. The BLS data is based on spending patterns of consumers and wage earners, although it excludes rural residents and members of the Armed Forces.

CPI measures the prices that consumers pay for frequently purchased items. The components are weighted to reflect their relative importance, with the weightings derived from household surveys. Some of the components of the CPI basket such as food and energy can be volatile. Stripping out food and energy from the CPI gives us the core CPI, which is seen as a measure of the underlying inflation trend.

Another reading is the Producer Price Index (PPI), which measures prices from the seller’s point of view.

The Federal Reserve, whose mandate includes price stability along with maximum employment, prefers the personal consumption expenditures (PCE) price indexes constructed by the Commerce Department’s Bureau of Economic Analysis. PCE is considered to be more comprehensive because it includes some components that are excluded from the CPI. According to the BEA, the PCE reflects the price of expenditures made by and on behalf of households. Weights are derived from business surveys.

Housing has a greater weighting in the CPI than in the PCE index. The weighting for medical care is greater in the PCE price index than in the CPI. As with CPI, food and energy components of the PCE are volatile. Stripping them out yields the core PCE, which measures the underlying inflation trend. The core PCE is the Fed’s preferred measure for its 2 percent inflation target.

WHAT SPARKED THE RECENT INFLATION WORRY?

The government’s monthly employment report for January, released on Feb. 2, showed wages posted their largest annual gain in over 8-1/2 years, suggesting the economy was moving closer to full employment and inflation was on the horizon.

If the economy continues to gain momentum, inflation is likely to rise further toward the Fed’s 2 percent target. There is concern, however, that the recent U.S. tax overhaul by the Trump administration, which greatly reduced the corporate income tax rate as well as cutting personal income tax rates, could cause an economy that may be nearing full capacity to overheat and cause the Fed to become more aggressive than currently anticipated in its course of interest rate hikes.

Markets are currently pricing in an 87.5 percent chance of a quarter-point hike at the central bank’s next policy meeting, in March. The Fed has forecast three hikes this year, after raising rates three times in 2017.

Some market participants are unsure about how the swiftly the Fed will react to inflation and market turbulence under its new chair, Jerome Powell. The March meeting will be the first since Powell took over from Janet Yellen. Recent comments from some Fed officials suggested the possibility of more hikes should the economy continue to strengthen.

HOW HAS INFLATION AFFECTED MARKETS?

Many analysts believe the stock market was overdue for a pullback because valuations, as measured against corporate earnings, have been rich by historic standards, and that the employment data showed economic fundamentals underpinning stocks are strong. In addition, inflation has yet to rise to concerning levels, and as long as the pace remains modest, stocks have room to climb.

Healthy economic growth, along with U.S. deficit spending and the move by global central banks to lift interest rates from ultra-low levels, has driven U.S. bond yields to a four-year high. Rising yields could dent the attractiveness of high-dividend-paying stocks to investors and trigger increased borrowing costs for U.S. companies and households, which could crimp economic growth.

A strengthening currency would normally go hand-in-hand with an improving economy, yet the U.S. dollar is near four-year lows even after a recent uptick. Some of the weakness has been attributed to anticipation of scaling back in stimulus measures by central banks other than the Fed.

If the U.S. economy fails to show any meaningful uptick in inflation as currently feared, that could tie the Fed’s hands when it comes to interest rate hikes and drag the dollar lower.