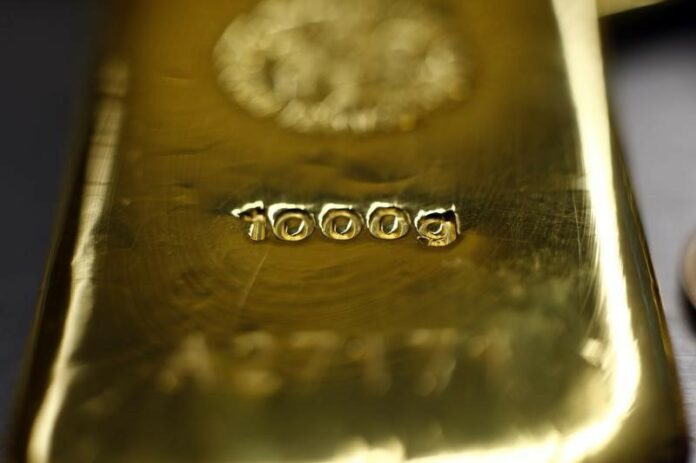 Investing.com – Gold prices rose on Tuesday, as caution ahead of this week’s U.S. inflation data weighed on demand for the dollar.

Market participants were eyeing this week’s U.S. due on Wednesday and on Thursday for further clues on how fast the Federal Reserve will raise interest rates this year.

The greenback also suffered from a rebound in U.S. equity markets on Monday. Markets were especially boosted by news of a by the Trump administration.

The plan is part of the two-year passed by the U.S. Congress last Friday, ending a brief government shutdown.

The agreement is set to boost federal spending by almost $300 billion and suspend the debt ceiling for a year.

The , which measures the greenback’s strength against a trade-weighted basket of six major currencies, was down 0.41% at 89.64.