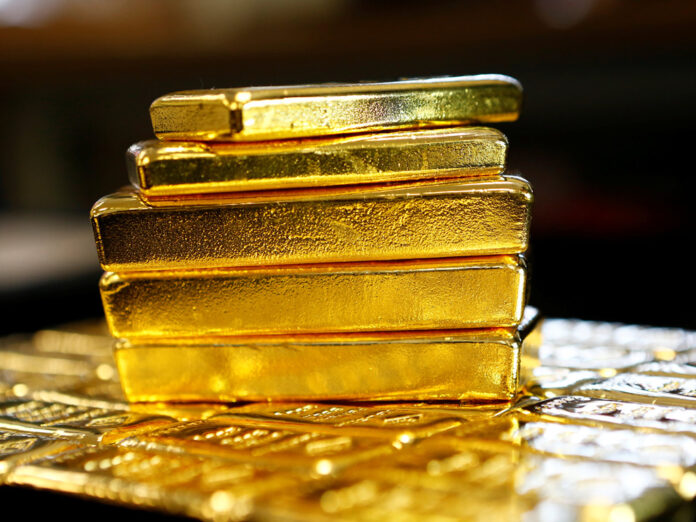 Gold steady on weaker dollar ahead of US price data

Gold prices held firm on Tuesday, buoyed by a weaker dollar, while investors waited for US inflation data for clues on the pace of interest rate hikes.

“We suspect that gold has pretty much decoupled from equities for much of the last week and is instead tracking the dollar’s ups and downs more closely,” said INTL FCStone analyst Edward Meir.

The dollar’s index against a basket of six major currencies extended modest losses suffered overnight and was last down 0.1 percent at 90.126. On Monday, it fell 0.3 percent in its biggest one-day percentage drop since Feb. 1.

“Gold held up better than stock markets last week… Relative to stocks, gold looks to be good in value and continued volatility in the equity markets might make gold more attractive for its lower volatility,” analysts at Heraeus Precious Metals said in a note.

Meanwhile, investors waited for the US inflation data for January which is due on Wednesday.

Inflation expectations edged lower last month, dulling a year-end rise, according to a survey published by the Federal Reserve Bank of New York on Monday.

Inflation worries generally boost gold, which is seen as a safe haven against rising prices. But expectations that the Fed will raise interest rates to fight inflation make gold less attractive because it does not pay interest.