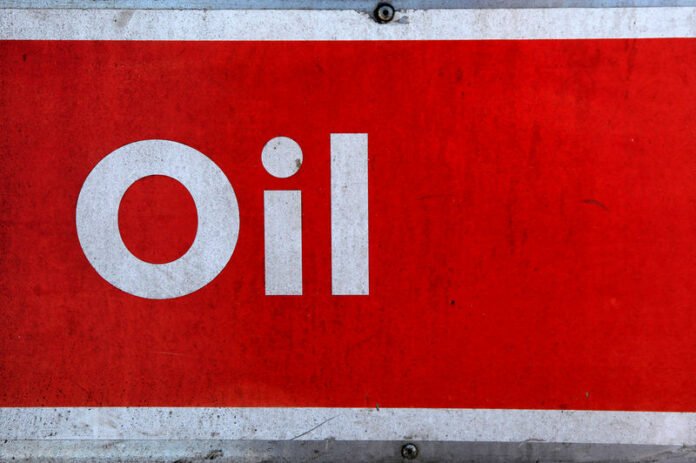 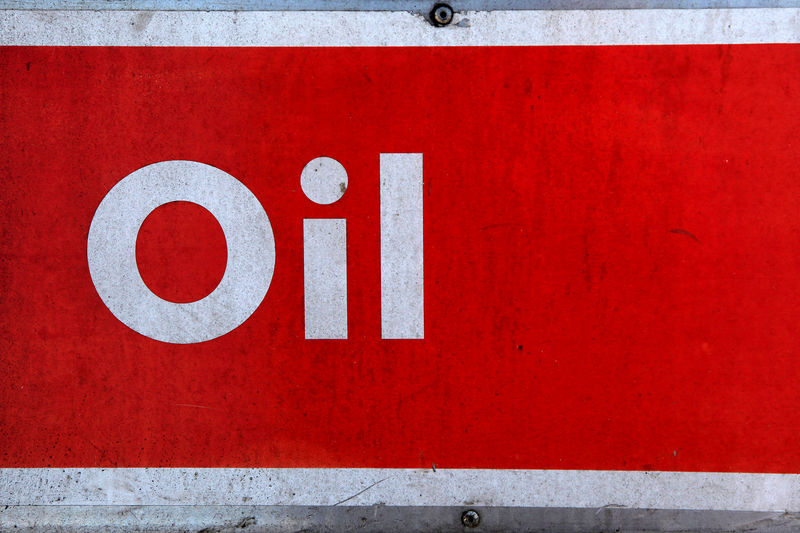 © Reuters. FILE PHOTO: The word oil is pictured on an oil bank at a recycling yard in London

Stock markets were roiled last week by some of the sharpest falls on record, shaking confidence across markets.

“The change in inventories this week will be crucial for determining whether further declines in the oil price are on the cards,” said William O’Loughlin, investment analyst at Australia’s Rivkin Securities.

The private American Petroleum Institute (API) is due to publish crude inventory estimates on Tuesday, while the government U.S. Energy Information Administration (EIA) is set to release its fuel storage and crude production data on Wednesday.

On the demand side, the Organization of the Petroleum Exporting Countries (OPEC) said on Monday it expected world oil demand to climb by 1.59 million barrels per day (bpd) this year, an increase of 60,000 bpd from the previous forecast, reaching 98.6 million bpd.

The rising consumption is being met by increased output from outside OPEC, the Middle East dominated producer club said.

OPEC said the United States and other outside producers would boost supply by 1.4 million bpd this year, up 250,000 bpd from last month and the third consecutive rise from 870,000 bpd in November.

OPEC said because of non-OPEC production growth, oil markets would only return to a supply and demand balance “towards the end of this year.”

In an effort to tighten markets and prop up prices, OPEC and a group of other producer including Russia have been withholding supplies since 2017. The cuts are scheduled to last through 2018.

EIA data shows that world oil markets were in a supply deficit in 2017, due in large part to the OPEC-led supply cuts, but the data shows an expected return of a surplus for large parts of this year.