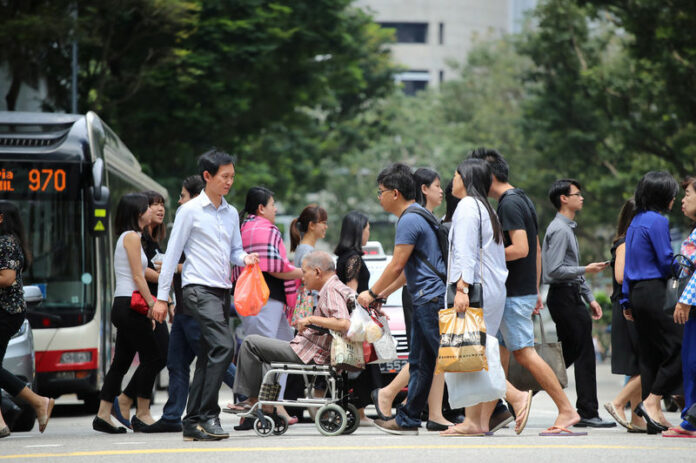 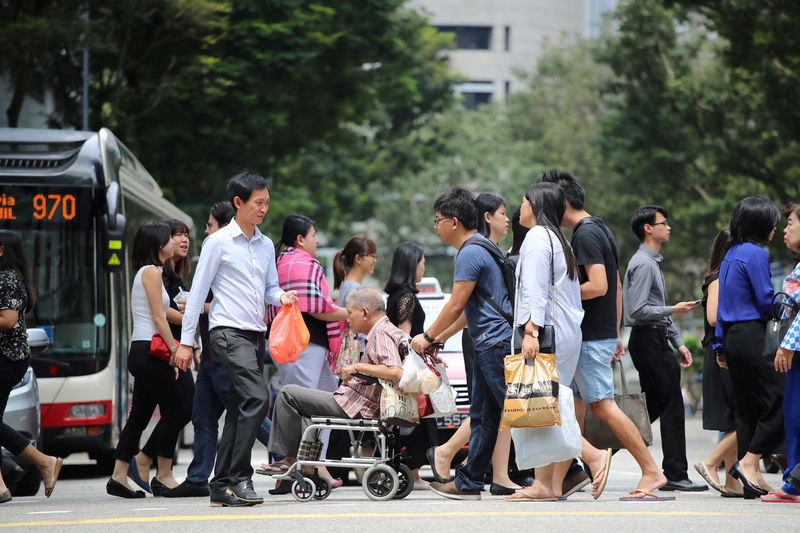 © Reuters. FILE PHOTO: Man is wheeled across a pedestrian crossing in Singapore

By Masayuki Kitano and John Geddie

SINGAPORE (Reuters) – Singapore, a city-state famed for the low-tax model that helped transform it from a gritty port town to an Asian Manhattan, is expected to put something unusual in this year’s government budget announcement: a tax hike.

Nine of 10 economists polled by Reuters think authorities on Monday will unveil the first rise in the goods and services tax (GST) since 2007. Policymakers have flagged the need to increase revenue to meet future social spending needs of a rapidly ageing population.

Economists say Finance Minister Heng Swee Keat might also make tweaks to taxes on e-commerce retailers such as Amazon.com (NASDAQ:). Inc, wealth and sugar when he presents the budget, at 0730 GMT on Monday, for the year starting April 1.

Any tax measures would come after Singapore in 2017 had its fastest economic growth in three years, estimated at 3.5 percent.

Tan added that there’s an “urgent need” to shift more towards indirect taxes as the tax base for personal income tax could become smaller over the longer term given Singapore’s demographic challenge.

While the rate for Singapore’s consumption tax is one of the world’s lowest, GST is still the government’s second largest source of tax revenue, behind corporate tax.

Some economists including HSBC’s Jingyang Chen, who expects a 2 percentage point hike to be announced on Monday, said a higher GST could be accompanied by measures to ease the burden for lower-income families, such as cash transfers and vouchers.

Eight of the 10 economists polled expect the government to widen the net on e-commerce transactions subject to the GST.

Currently, Singapore consumers pay 7 percent GST on their purchases from Singapore-based online retailers. In contrast, they pay no GST on goods purchased from overseas suppliers if the value of the imported goods is below S$400 ($302.40).

Several economists also suggested there could additional taxes on wealth, such as an increase in annual property taxes, as well as higher rates on alcohol and tobacco products or even a new tax on sugar consumption.

Michael Wan, an economist at Credit Suisse (SIX:), estimates that a 2 percentage point increase to the GST would add around 0.6 percent of GDP to net government revenues annually, after taking into account possible offsetting measures to cushion the impact on lower income households.

“If the MAS (Monetary Authority of Singapore) sees longer-term inflation risks after GST is implemented, then it would factor that into its policy decisions,” said HSBC’s Chen.