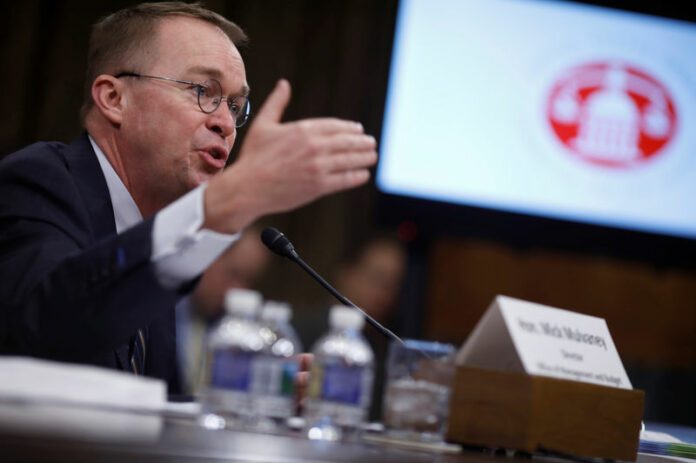 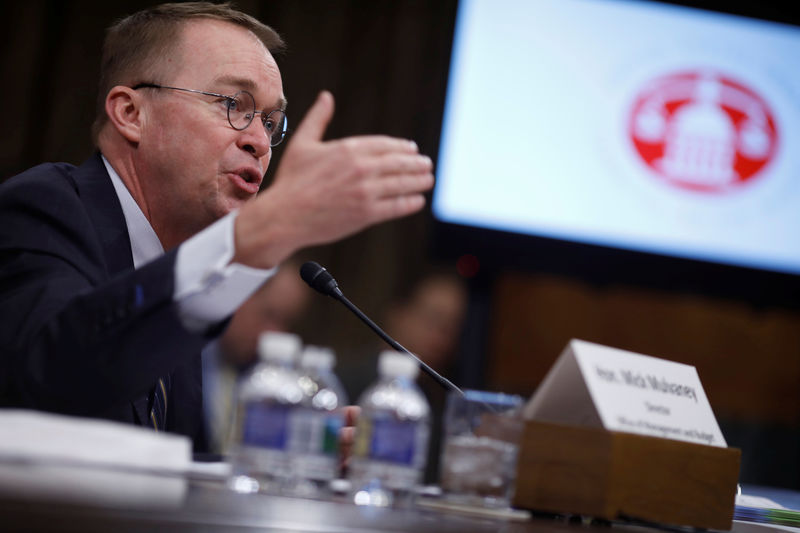 © Reuters. Office of Management and Budget Director Mick Mulvaney testifies about the President’s 2019 budget before the Senate Budget Committee on Capitol Hill in Washington

By Katanga Johnson and Susan Cornwell

WASHINGTON (Reuters) – The White House budget chief said on Tuesday that, if he were still a member of Congress, he “probably” would vote against a deficit-financed budget plan he and Trump are proposing.

At a U.S. Senate panel hearing where he defended the administration’s new $4.4-trillion, fiscal 2019 spending plan, Mick Mulvaney was asked if he would vote for it, if he were still a lawmaker, which he was before Trump hired him.

“I probably would have found enough shortcomings in this to vote against it,” said Mulvaney, director of the U.S. Office of Management and Budget (OMB), in reply to a senator’s question.

The frank admission by Mulvaney, formerly a Republican member of the House of Representatives and noted deficit hawk, underscores not only his new job at OMB, but also a rapid retreat from fiscal conservatism by Republicans since Trump signed a major tax cut bill in December.

Asked about Mulvaney’s comment, OMB spokeswoman Meghan Burris said Mulvaney was not referring to the budget, but meant to say he would oppose the two-year spending caps deal.

“Just to be clear, Director Mulvaney was referring to the recent caps deal when answering Senator Murray’s question this morning. Naturally, he would vote for the president’s FY19 budget that he released yesterday,” Burris said.

At the hearing, Democratic Senator Patty Murray said she had been prepared to call out Mulvaney on presenting a deficit–financed budget proposal. But she said she had heard him say on Sunday say that if he had been in Congress, he would have voted against the two-year spending caps legislation. Trump signed the bill on Friday, before he unveiled his fiscal 2019 budget proposal.

“So I wanted to give you a chance today to step back from the hypocrisy,” Murray said. “If you were in Congress, would you have voted for this budget that you’re presenting?”

Mulvaney replied, “Sure. I’ll give you the same answer that I gave on Sunday, which is that as a member of Congress, representing the 5th district of South Carolina, I probably would have found enough shortcomings in this to vote against it, as did many members of this committee. But I’m the director of Office of Management and Budget, and my job is to try and fund the president’s priorities, which is exactly what we did.”

The budget proposal includes numbers that accommodate the two-year spending caps deal. The Trump budget is unlikely to become law. For a graphic on it, see http://tmsnrt.rs/2stAquQ

On Thursday, Mulvaney will testify to the House Budget Committee.