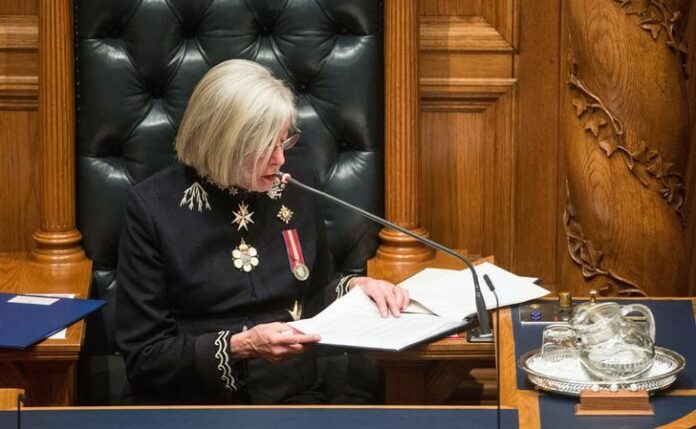 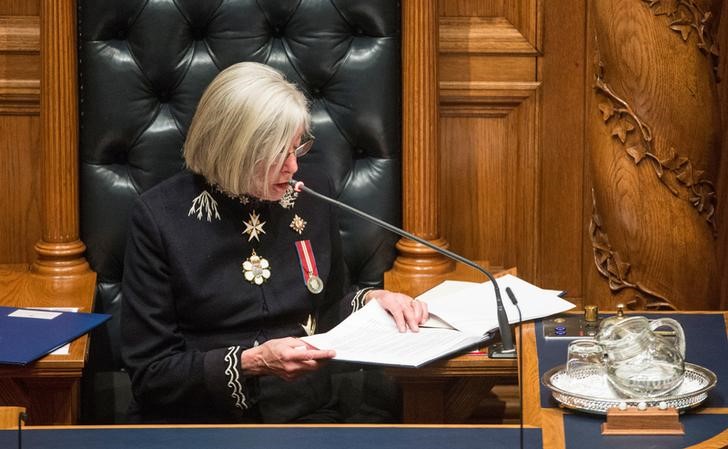 © Reuters. Lieutenant-Governor Judith Guichon reads the speech from the throne at the B.C. legislature buildings in Victoria

VANCOUVER (Reuters) – The British Columbia government pledged on Tuesday to curb speculative demand and stabilize “out-of-control” housing markets in the province, taking a hard line on local and foreign real estate investors before its release of a new housing policy next week.

The ruling New Democratic Party will unveil measures to address speculation, along with legislation to crack down on tax cheats and money laundering, as part of its budget on Feb. 20, Lieutenant Governor Judith Guichon said in the Throne Speech outlining government plans for the year.

“Safe, decent housing is a right that is under threat by speculators, domestic and foreign, who seek windfall profits at the expense of people who work, live and pay taxes in B.C.,” she said, noting the “first step must be to address demand and stabilize B.C.’s out-of-control real estate and rental market.”

She said the budget would offer measures to address the effect of speculation on real estate prices, but provided no other details.

The left-leaning NDP, which took power in June in a post-election deal with the Green Party, has long promised to address skyrocketing home prices and rising rents, particularly in the Vancouver area.

Housing prices have jumped 63 percent in Greater Vancouver in the past three years, hitting an average C$1.06 million ($842,000) in January, according to the Real Estate Board of Greater Vancouver, prompting residents to demand government action.

It said the West Coast province was working with short-term rental and vacation websites to make sure those industries were paying their fair share of taxes. British Columbia announced last week a tax deal with Airbnb Inc, a popular home-sharing website.