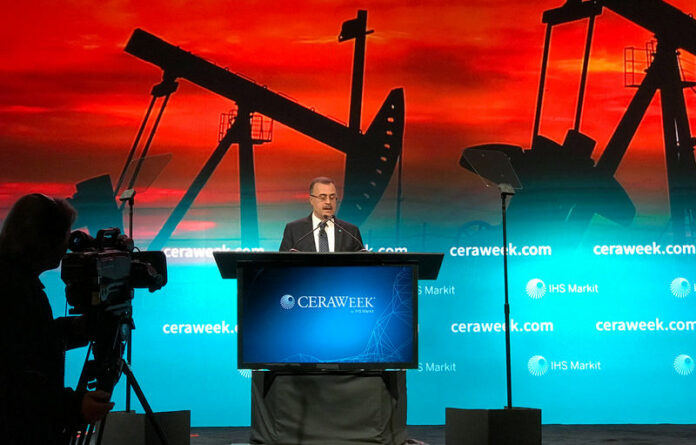 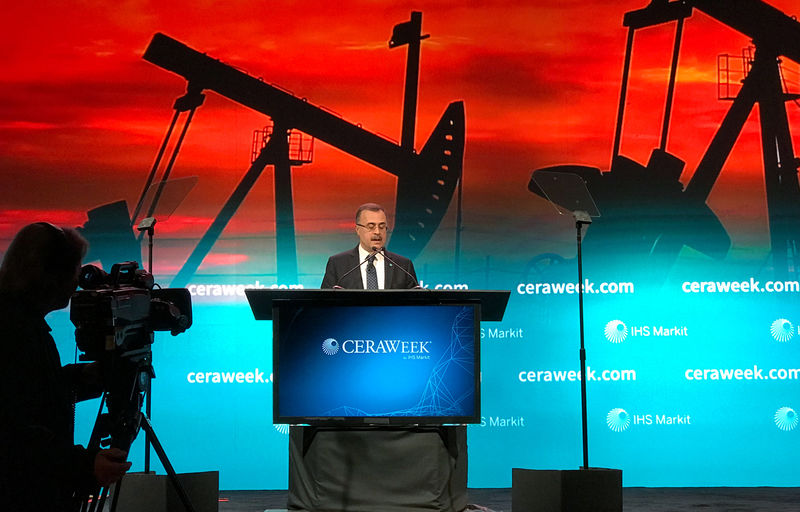 HOUSTON (Reuters) – The global oil and gas industry needs to invest more than $20 trillion over the next 25 years to meet expected growth in demand and compensate for the natural decline in developed fields, Saudi Aramco Chief Executive Officer Amin Nasser said on Tuesday.

Speaking at the CERAWeek conference in Houston, Nasser said the industry has already lost $1 trillion of investments since the oil price downturn from 2014 to 2016.

Future investments needed “will only come if investors are convinced that oil will be allowed to compete on a level playing field, that oil is worth so much more, and that oil is here for the foreseeable future,” Nasser said.

“That is why we must push back on the idea that the world can do without proven and reliable sources. We must challenge mistaken assumptions about the speed with which alternatives will penetrate markets.”

He noted that about 99 percent of passenger vehicles on the road use internal combustion engines, even hybrid vehicles, and said electricity produced for battery-powered vehicles comes through power generation, which is still dominated by coal, particularly in markets like India and China.

Nasser said that even with the growth of electric vehicles, increased demand from petrochemical markets over the next two decades will necessitate additional investment and need for . He noted “even conservative estimates” suggest the need for about 20 million barrels per day of new capacity in the next five years.

He said he was confident that oil market fundamentals and future demand growth would be healthy, despite significant oil price volatility and forecasts of rising shale oil production.

Nasser only briefly referenced the plans for Saudi Aramco to go public, saying it is “proceeding very well,” but the company’s shareholder, the Saudi government, will ultimately decide when and where it will be listed.

The company is expected to list the IPO domestically, but there is significant jockeying between New York, London and Hong Kong for a potential second listing. Hong Kong is emerging as an increasingly likely compromise, according to two sources familiar with the matter.

The decision on the venue must be taken by March or April at latest if the IPO is to list in October or November, or it could be delayed until 2019, sources familiar with the IPO discussions have said. Nasser, speaking in Houston, did not comment specifically on the timeline.