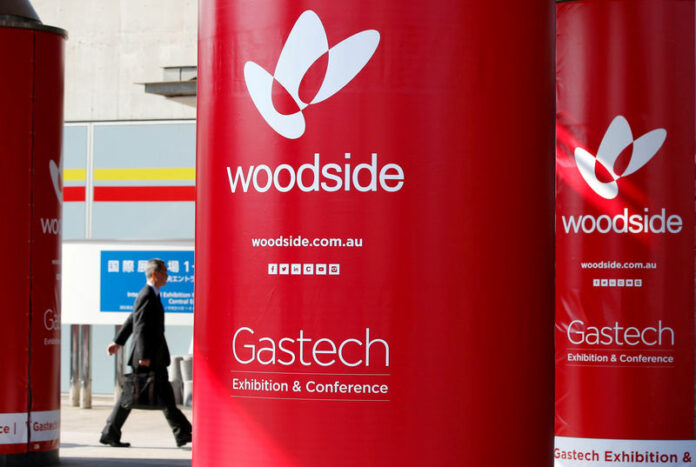 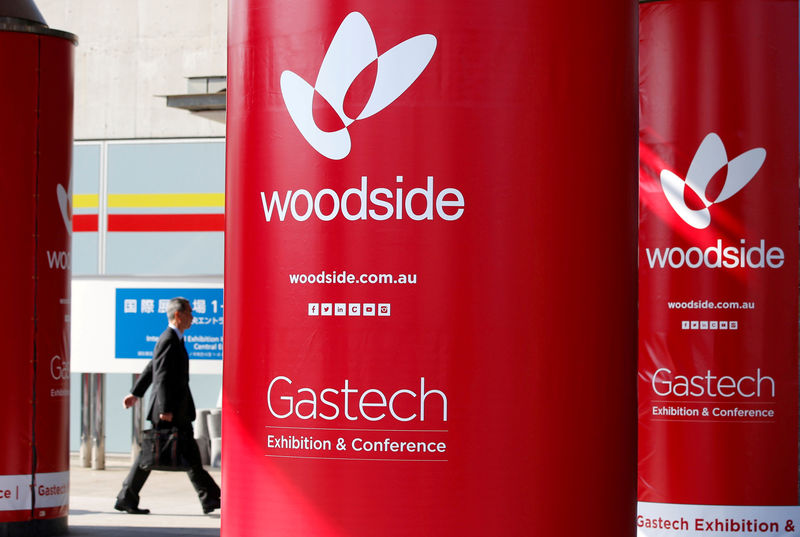 © Reuters. FILE PHOTO: Logos of Woodside Petroleum are seen at Gastech, the world’s biggest expo for the gas industry, in Chiba

By Henning Gloystein and Sonali Paul

SINGAPORE/MELBOURNE (Reuters) – East Timor and Australia this week signed a treaty at the United Nations setting their maritime boundary for the first time, and striking a deal on sharing an estimated $65 billion in potential revenues from the Greater Sunrise gas fields in the Timor Sea.

For impoverished East Timor, with a population of just 1.3 million, development of the fields is crucial — its main source of revenue since 2004, the Bayu Undan gas field, is set to run out of gas by 2022.

The treaty signing in New York on Tuesday marked the first conciliation under the United Nations Convention on the Law of the Sea (UNCLOS) — a process UN Secretary‑General António Guterres said could offer other countries a path toward resolving contentious maritime boundary disputes.

At current market prices, the Greater Sunrise reserves would be worth more than 23 times East Timor’s annual Gross Domestic Product (GDP) of $2.8 billion.

Development of the reserves has been held back by the maritime border dispute between Australia and East Timor, a former Portuguese colony that gained independence from Indonesia in 2002.

“The treaty is an important step that opens the way for developing a rich, shared resource, the Greater Sunrise gas fields. We know this resource is crucial to Timor Leste’s development,” said Australian Foreign Minister Julie Bishop, who signed the treaty in New York on Tuesday with East Timor’s Deputy Minister of the Prime Minister for the Delimitation of Borders Hermenegildo Augusto Cabral Pereira.

However, the Greater Sunrise joint venture, led by Australia’s Woodside Petroleum (AX:), which has been a key party in the long-running negotiation, said it was disappointed that the treaty did not contain a full development plan for the gas reserves.

“It is disappointing that this process has not resulted in an alignment on a development concept,” the Sunrise joint venture said in a statement on Wednesday.

The Sunrise partners did not specify what they felt was missing in the agreement, but it is likely that Dili insisted on the gas being processed in East Timor for overseas sale, while the joint venture would prefer to pipe the gas to Australia.

Under the terms of the deal, East Timor will get 70 percent of revenues if processing takes place in East Timor, and 80 percent should the gas be piped to Australia.

That compares with an equal share under a 2006 agreement between Dili and Canberra.

HOW MUCH GAS IS THERE?

The Sunrise and Troubadour gas fields, collectively known as Greater Sunrise, lie beneath waters 100 to 600 meters deep, making them shallow to medium-deepwater developments.

The fields were discovered in 1974 and, according to Woodside, hold around 5.13 trillion cubic feet of gas, the equivalent of more than a third of current annual global LNG consumption.

At current market prices, the LNG would be worth almost $50 billion.

Its 225.9 million barrels of condensate reserves at current market prices would be worth over $15 billion.

Woodside and its partners have long said they would prefer to develop the fields using a floating liquefied natural gas (FLNG) platform, considered the most cost-effective option, as the fields are 150km away from East Timor and 450km away from Darwin in Australia.

However the agreement signed on Tuesday lays out just two options — piping the gas either to East Timor or Australia.

Dili has long pressed for the gas to be processed in East Timor, looking to generate thousands of jobs in construction and, once developed, in the lucrative oil and gas processing, storage, transport and petrochemical industries.

Australia, however, has existing gas infrastructure and an experienced workforce, making it the industry’s preferred location.

Even with the new agreement, development could be years away. Woodside said last May it may only develop Greater Sunrise after 2027.

Energy markets are just recovering from years of oversupply that depressed oil and gas prices and deterred development of new gas projects.

Asia’s LNG markets, which Greater Sunrise would serve, are expected to remain oversupplied into the early 2020s as production rises in Australia, North America, Papua New Guinea and also Qatar.

It’s likely the Sunrise partners will bide their time before committing billions of dollars to develop such a large project.