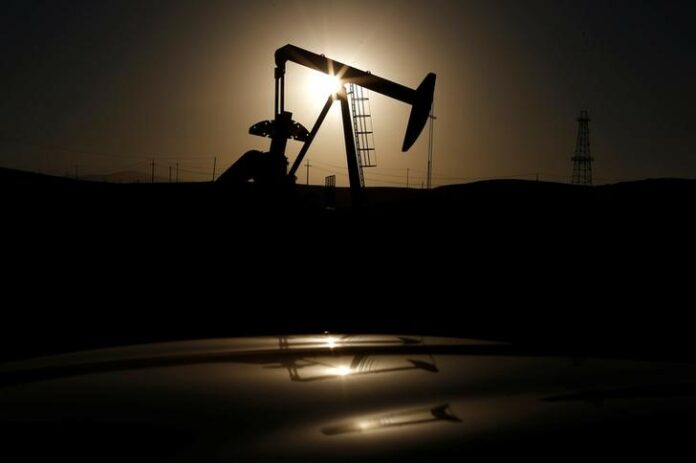 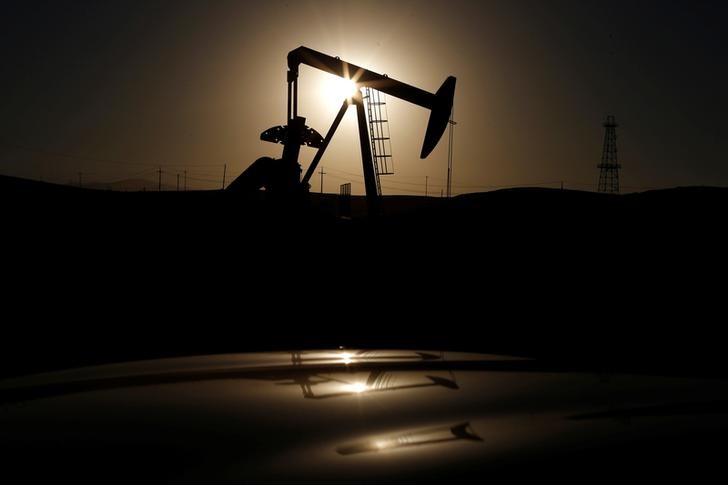 © Reuters. FILE PHOTO – A pump jack is seen at sunrise near Bakersfield

TOKYO (Reuters) – Oil prices were set to fall this week, despite a slight gain in both benchmarks on Friday, on concerns among investors about rising supply from the U.S. and elsewhere threatening to undermine efforts by OPEC and other producers to tighten the market.

West Texas Intermediate (WTI) oil futures for April delivery had risen 5 cents, or 0.1 percent, to $61.24 a barrel by 0744 GMT, after settling up 23 cents on Thursday. WTI was set to fall 1.3 percent this week, reversing the previous week’s 1.3 percent gain.

futures trading in London climbed 6 cents to $65.18 a barrel, after settling up 23 cents. Brent was down 0.5 percent for the week.

Several reports this week renewed investor focus on the potential for rising supply to overwhelm the expected gains in crude demand for 2018.

On Thursday, the International Energy Agency (IEA) said global oil supply increased in February by 700,000 barrels per day (bpd) from a year ago to 97.9 million bpd.

The IEA also said supply from producers outside of the Organization of the Petroleum Exporting Countries (OPEC), led by the United States, would grow by 1.8 million bpd this year versus an increase of 760,000 bpd last year.

The supply increase is more than the IEA’s expected demand growth forecast for this year of 1.5 million bpd.

The agency also reported that commercial oil inventories in industrialized nations climbed in January for the first time in seven months.

That directly undermines the efforts of producers led by OPEC and Russia, the world’s biggest oil producer, to cut supply to reduce global stockpiles.

“The fact that the inventories rose despite intensifying output curbs led by OPEC shows how much non-OPEC supply has risen,” said Tomomichi Akuta, senior economist at Mitsubishi UFJ Research and Consulting in Tokyo.

“Crude prices have been checked by the increase in U.S. supply.”

OPEC and other producers began cutting supply in January 2017 to erase a global crude glut that had built up since 2014.

On Wednesday, the U.S. government reported that crude stockpiles there increased by a more-than-expected 5 million barrels, rising for a third straight week.

Oil prices got scant support from the equities market. Asian stocks declined on Friday, following a four-day losing streak in the a day earlier, amid concerns about more changes in the administration of U.S. President Donald Trump.

Recently, crude futures have moved in sync with equities.