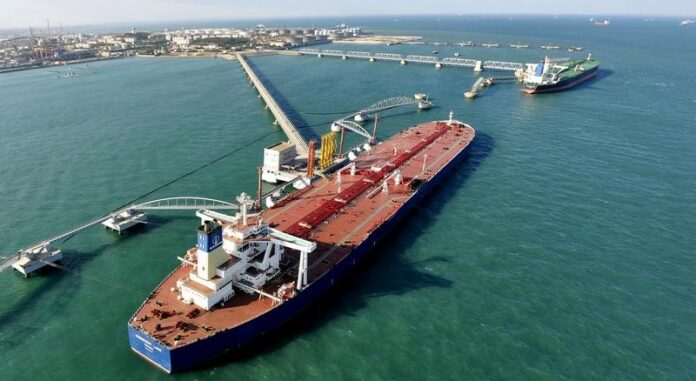 Oil prices rose amid speculation over the fate of Iran’s nuclear deal, which allowed Tehran to boost oil production, in the wake of the firing of U.S. Secretary of State Rex Tillerson.

The former secretary of state had been an advocate of the deal but his new replacement Mike Pompeo has long shared President Donald Trump’s view that the agreement should be scrapped.

Remarks on Thursday by Saudi Arabia’s Crown Prince Mohammed bin Salman added to geopolitical tensions after he warned that his country would seek to develop a nuclear bomb if Iran did.

Oil prices also remained supported after a report from the International Energy Agency on Thursday showed that supply from the Organization of the Petroleum Exporting Countries moderated in February on a drop in production from Venezuela.

The agency also forecast an increase in global oil demand this year.

On Friday, oil-field services firm Baker Hughes reported that the number of drilling rigs operating in the U.S. rose by four last week, bringing the total count to 800. It was the seventh increase in the rig count in eight weeks.

That came after data on Wednesday showed U.S. oil inventories rose by a larger than expected barrels.

Analysts and traders have warned that booming U.S. shale oil production could potentially derail OPEC’s effort to rein in a global supply glut and support prices.

OPEC along with some major producers outside the oil cartel, including Russia, have cut crude output by 1.8 million barrels a day since the start of last year.

In the week ahead, traders and analysts will watch data on U.S. stockpiles of crude and refined products on Tuesday and Wednesday to gauge the strength of demand in the world’s largest oil consumer and how fast output levels will continue to rise.

Energy traders will also continue to monitor the geopolitical backdrop for fresh developments.

Ahead of the coming week, Investing.com has compiled a list of the main events likely to affect the markets.

The U.S. EIA is to release weekly data on oil and gasoline stockpiles.

The U.S. government will publish a weekly report on supplies in storage.