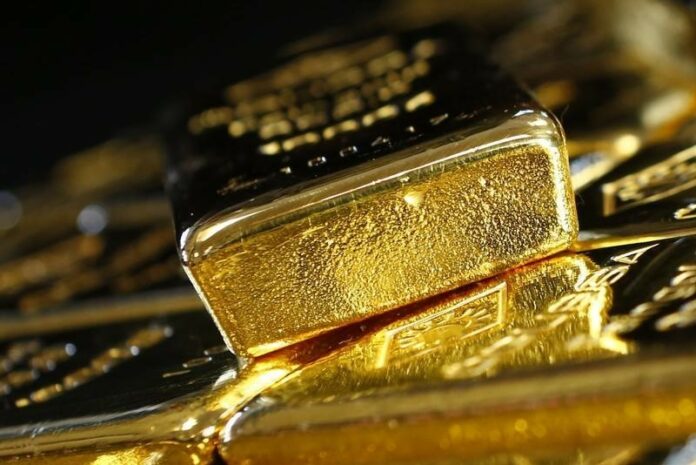 Investing.com – Gold prices rose to the day’s highs on Monday, propelled higher by the softer dollar which weakened as fears of an escalating conflict in Syria faded.

Market sentiment was buoyed by relief that the missile strikes on Syria in response to a suspected chemical-weapon attack on civilians did not prompt a response from Russia, Syria’s main ally.

Investors remained cautious as the U.S. prepared to announce a fresh round of on Russia related to its involvement in Syria’s use of chemical weapons.

The dollar was also pressured after President Trump accused Russia and China of while the U.S. raises interest rates in a Twitter post.

“Russia and China are playing the Currency Devaluation game as the U.S. keeps raising interest rates. Not acceptable!” Trump said.

The dollar shrugged off data showing that 0.6% in March, snapping three months of declines.

The , which measures the greenback’s strength against a basket of six major currencies, was down 0.42% to 89.13. A weaker dollar makes the dollar-denominated metal less expensive for holders of other currencies.