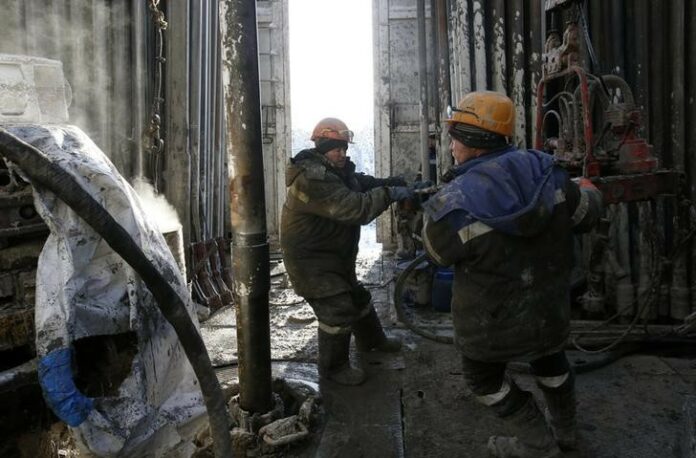 Both benchmarks last week saw their strongest weekly percentage performance since late July of last year, with WTI gaining about 8.6%, while Brent saw a weekly increase of 8.2%.

However, data released late Friday brought concerns over increasing shale production stateside back to the forefront.

According to Baker Hughes, U.S. drillers added seven oil rigs in the week to April 13, bringing the total count to , the highest number since March 2015.

The data underscored worries that rising U.S. output could potentially derail OPEC’s effort to end a supply glut even as individual monthly reports released last week from the cartel and the International Energy Agency showed that markets were tightening and OPEC’s goal seemed to be bearing fruits.

OPEC and other producers, including Russia, agreed to cut output by about 1.8 million barrels per day (bpd) in November last year to slash global inventories to the five year-average. The arrangement is set to expire at the end of 2018.

, oil traders will await fresh data on U.S. commercial crude inventories on Tuesday and Wednesday to gauge the strength of demand in the world’s largest oil consumer and how fast output levels will continue to rise.

Comments from global oil producers for additional signals on whether they plan to extend their current production-cut agreement into next year will also remain on the forefront. While Saudi Arabia has appeared to support the idea, an official decision is not expected until at least OPEC’s next meeting in June.

Also dampening recent fears of potential supply interruptions, tension over escalating conflict in Syria seemed to fade over the weekend despite the fact that the U.S., France and UK undertook an airstrike on chemical weapons facilities in Syria in retaliation for a suspected poison gas attack in Douma on April 7.