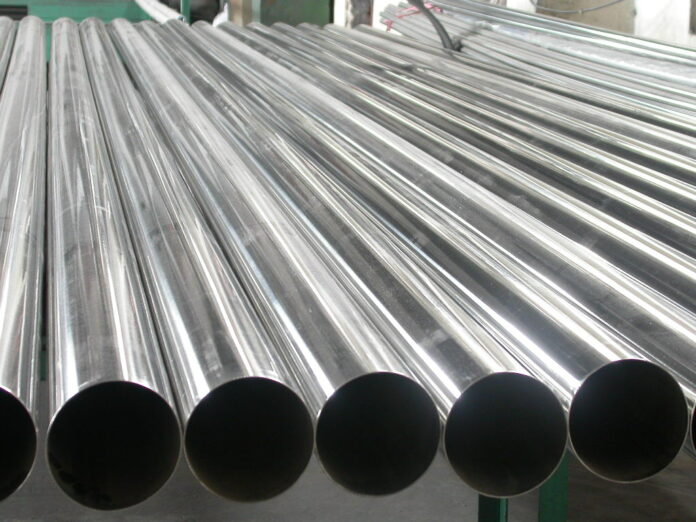 LONDON: Aluminium prices rallied to their highest since 2011 on Monday as the dollar fell and Rio Tinto declared force majeure on some customer contracts after the United States imposed sanctions on its Russian partner Rusal.

Benchmark aluminium on the London Metal Exchange  closed 5 percent higher at $2,399 per tonne after earlier touching its highest since September 2011 at $2,403.

The metal, with uses as diverse as in beer kegs and aeroplane parts, also recorded its biggest one-day jump since November 2011.

“The main thing that has been a catalyst behind aluminium has been the issues around the sanctions against Rusal which will make the market tighter,” said ETF Securities analyst Nitesh Shah.

“In addition to that is the weaker dollar and the general upside for industrial metals in recent days that is working in aluminium’s favour.”

Apart from saying it would declare force majeure on certain customer contracts, Rio Tinto  also said on Friday it was reviewing Rusal’s 20 percent stake in the Queensland Alumina refinery, Rusal’s supply and offtake arrangements, bauxite sales to Rusal’s refinery in Ireland and offtake contracts for alumina.

STOCKS: Total stocks of aluminium rose 15,100 tonnes to 1.4 million tonnes. Total stocks are up 9 percent since the start of the Rusal sanctions on April 6.

DOLLAR: Boosting commodity prices was a softer dollar , which tends to support metals it is priced in.

LME: The LME will suspend Rusal’s aluminium from its list of approved brands from April 17 after some members raised concerns about settling LME contracts with companies facing sanctions.

SPREADS: The premium of cash to the three-month contract on the LME was at $52 a tonne on Thursday, its highest in at least a decade, but nearly evaporated by Monday to above $6.

U.S. PREMIUMS: The U.S aluminium premium on Comex was at 21.1 cents per pound ($465 a tonne) on Friday, close to its highest in three years.