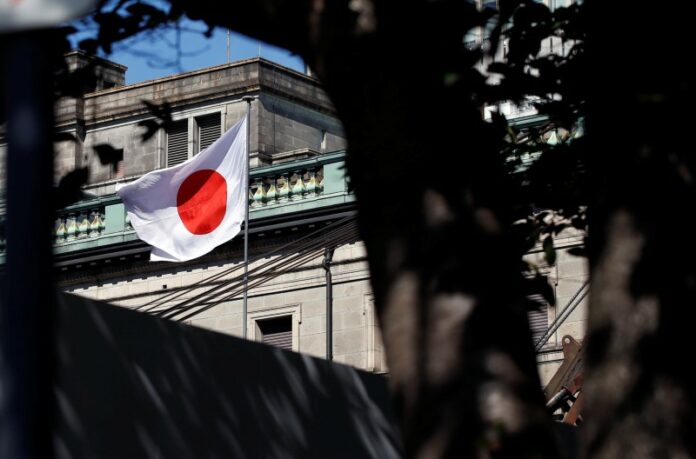 TOKYO (Reuters) – The Bank of Japan will likely maintain its view inflation will reach its 2 percent target next fiscal year and project it will stay near that level the following year, in new forecasts due out next week, sources familiar with its thinking said.

But the central bank will reassure markets it is nowhere near an exit from years of ultra-loose policy given risks to the inflation outlook, such as uncertainty on how quickly companies would raise wages to meet labour shortages, the sources said.

The projections could heighten the chance the BOJ will debate whittling down its massive stimulus next fiscal year. But a full-blown shift to monetary tightening is unlikely as BOJ Governor Haruhiko Kuroda has said inflation must exceed 2 percent stably for it to reduce its huge balance sheet.

“The economy is sustaining momentum for inflation to reach 2 percent. But the pick-up in inflation remains modest,” said one of the sources, a view echoed by two other sources.

“The key would be how quickly inflation expectations will heighten, which remains uncertain,” another source said.

The BOJ will conduct a quarterly review of its growth and price forecasts at a rate review on April 26-27, when it is expected to keep monetary policy unchanged.

There had been some market speculation that the BOJ would downgrade its 2019 inflation forecast. It will be releasing its 2020 projection for the first time.

The nine-member board is likely to roughly maintain its forecast made in January that inflation will hit 1.8 percent in fiscal 2019, and project inflation to stay near 2 percent the following year, the sources say.

The BOJ is likely to keep unchanged the timeframe for hitting its price goal, now set at fiscal 2019, they say.

Such optimistic estimates would reflect the BOJ’s view that robust global demand will keep the economy on course for a solid recovery, allowing companies to boost spending and raise wages.

The BOJ also hopes a tightening labour market will drive up wages. Labour shortages, however, would also push up costs and may discourage firms from expanding their operations, a point that may be discussed at next week’s rate review.

A recent BOJ report on regional economies included examples of how firms were coping. A machinery firm in eastern Japan said it had to turn down new orders due to staff shortages.

“We need to see whether labour shortages could become a bottle-neck for the economic recovery,” he told reporters.

But core consumer inflation stood at 1.0 percent in February, well below the BOJ’s 2 percent target, as slow wage growth keeps consumers from increasing their spending.