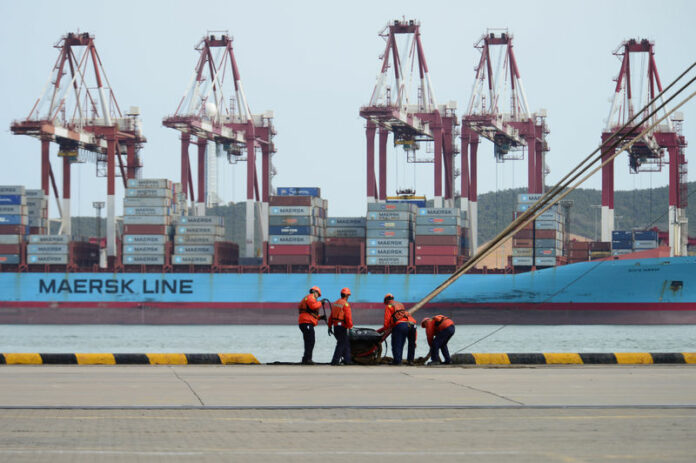 © Reuters. Workers help to dock a cargo ship at a port in Qingdao

BEIJING (Reuters) – China’s economy grew 6.8 percent in the first quarter of 2018 from a year earlier, official data showed on Tuesday, slightly above expectations and unchanged from the previous quarter.

The data points to continued resilience in the world’s second-largest economy even as its export outlook is being clouded by escalating tensions with the United States, its largest trading partner.

Analysts polled by Reuters had expected gross domestic product (GDP) to expand 6.7 percent in the January-March quarter, slowing only marginally from 6.8 percent growth in the previous two quarters.

Growth remained comfortably above the government’s target of around 6.5 percent for the full year, which could give policymakers more confidence to step up efforts to reduce risks in the financial system and clean up the environment.

On a quarterly basis, GDP in the first quarter grew 1.4 percent, compared with revised growth of 1.6 percent in October-December, the National Bureau of Statistics said.

Analysts had expected growth of 1.5 percent on a quarterly basis.