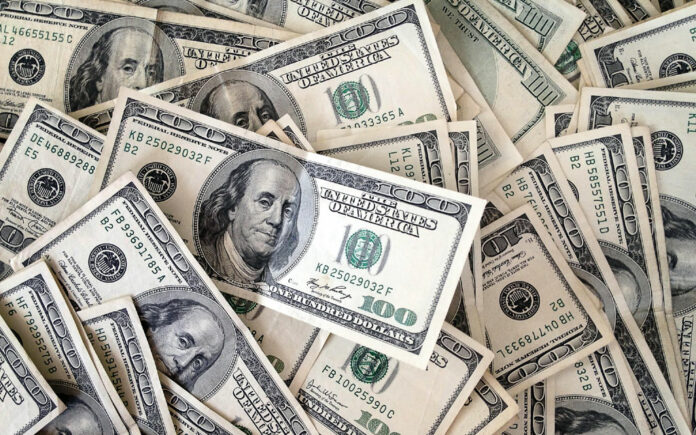 NEW YORK: The dollar rose from a three-week low on Tuesday, helped by falls in the euro and sterling, even as investors remained cautious about the greenback because of tension in the Middle East and a US trade dispute with China.

“The weakness in the euro and sterling is mainly driving the dollar higher at this point, although there are other factors as well,” said Omer Esiner, chief market analyst at Commonwealth Foreign Exchange in Washington.

Stronger-than-expected US housing starts in March also helped the dollar, as did a positive reading on industrial production.

The dollar earlier fell to a three-week low against a currency basket after President Donald Trump said on Monday that China and Russia were trying to devalue their currencies. Investors interpreted Trump’s comments as a nod to having a weaker currency.

Treasury Secretary Steve Mnuchin, however, clarified Trump’s comments in an interview with CNBC, saying the US president’s remarks were a warning to those countries against devaluing their currencies.

“The dollar found support from comments from Treasury Secretary Mnuchin, who dialed back some of the president’s comments from yesterday,” Esiner said.

The euro, meanwhile, fell 0.3 percent to $1.2346, after a monthly survey showed morale among German investors was deteriorating.

Sterling was also down, slipping 0.2 percent to $1.4314 , hurt by data showing British workers’ pay is still rising by less than inflation despite the lowest unemployment rate since 1975.

“Today’s news did not help the (sterling) bulls as it clearly showed that the UK economy is slowing, which will make the task of normalization more difficult for the BoE (Bank of England),” said Boris Schlossberg, managing director of FX strategy at BK Asset Management in New York.

Elsewhere, the Swiss franc fell to its lowest versus the euro since the Swiss National Bank scrapped its currency peg in January 2015.

Against the yen, the dollar was flat at 107.11 yen, off a seven-week high of 107.78 yen touched on Friday, before a meeting between Trump and Japanese Prime Minister Shinzo Abe on Tuesday and Wednesday.

Tokyo is eager to avoid being pushed into talks on a two-way free-trade agreement aimed not only at market access but at monetary and currency policies.