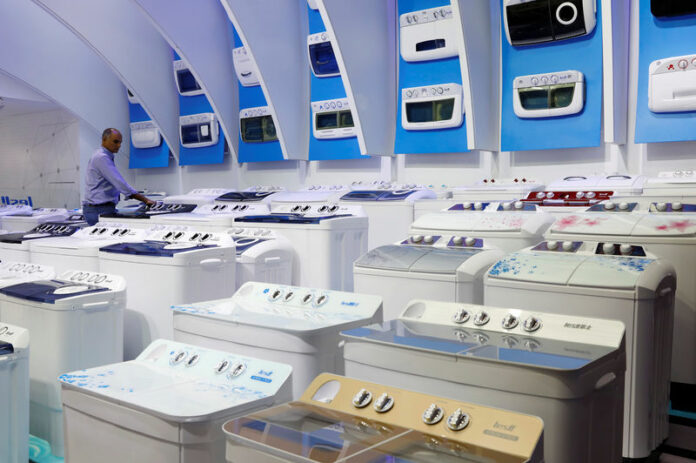 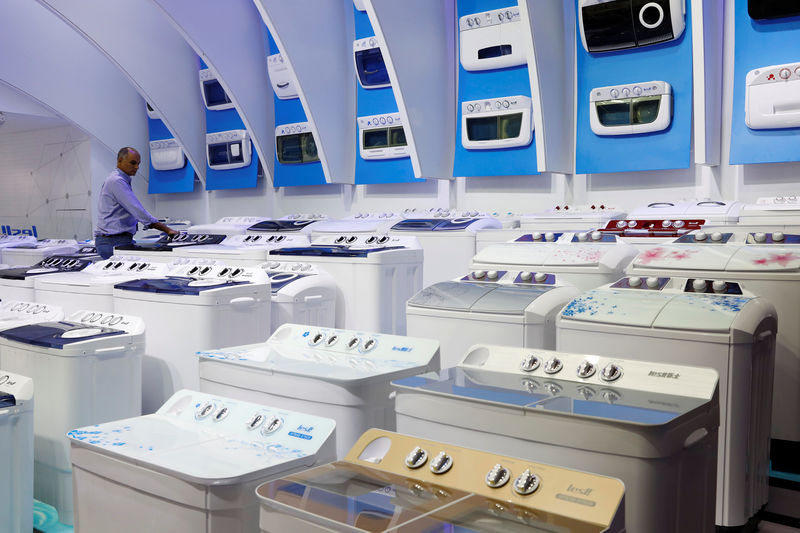 © Reuters. A visitor checks a washing machine during the China Import and Export Fair, also known as Canton Fair, in the southern city of Guangzhou

By James Pomfret and Venus Wu

GUANGZHOU, China (Reuters) – As Washington and Beijing face off in a simmering trade dispute, Chinese exporters are expressing concerns about an escalation, although many say they expect the worst to be averted as negotiations continue.

In a survey of 135 Chinese exporters, including 84 from the Canton Trade Fair, China’s largest, and 51 from an electronics event in Hong Kong, 65 percent expressed some “worries” about a trade war.

But only 26 percent expected a “full-blown” trade war to play out as negotiators on the Chinese and U.S. sides draw up tariff lists that currently stand to affect some $100 billion in goods on both sides.

“The thunder is very loud,” said Stephen Chow, a senior manager at Provision, a flat-screen television maker from Guangzhou. “But the raindrops may be very small.” He added: “things won’t end up as severely as they say now.”

With only Chinese factories with business in the United States in certain targeted categories likely to be directly affected by the tariffs, there was more a sense of foreboding than outright panic on Monday, with the halls at the fair teeming with buyers.

The survey conducted by Reuters showed that Chinese exporters are more preoccupied with production costs, new orders and currency issues rather than fears of growing trade protectionism.

While trade fairs have proliferated across China in recent years, alongside online platforms like Alibaba (NYSE:), the biannual Canton Trade Fair is still unsurpassed in scale.

The fair lures more Chinese manufacturers and foreign buyers than other rivals, serving as a barometer on China’s export sector that accounts for around 18 percent of the country’s gross domestic product. The Hong Kong electronics trade fair is one of the biggest in the region.

While some three-quarters of exporters said they had dealings with the United States, 46 percent said they expected “no change” to their businesses this year as a result of the trade spat, while around a quarter expected a dip.

The manufacturers surveyed at the Canton Fair included those in affected sectors like LED lighting, machinery, auto parts and electronics. STOCKPILING KEY COMPONENTS

Some who do envisage an impact, like China’s LED lighting makers, whose products could be slapped with a 25 percent tariff, say extra costs have already rippled into supply chains.

Benson Ho, the boss of an LED plant in the southern city of Foshan, said the stockpiling of things like the semiconductor chips needed for his LED products had already driven up some chip prices by around 10 percent.

Similar stockpiling has been taking place for heat-conducting materials made by firms including Corning of the United States and Japan’s Shi-Etsu, he said.

“50 percent of the chips we use are from the U.S. because the ones made in China are very poor, so we’ve been forced to pay more for these,” Ho said at his stall. “People are buying these chips like stocks, speculating the price will go up.”

He said that he thought the United States had an advantage in the dispute. “They’re fighting with technology, but we’re just fighting with our muscles, with labor. So the impact on us will be very great.”

As a possible mitigating measure, four of five exporters surveyed said they would try to reduce their reliance on the United States by seeking new business in regions including Europe, Central and South America, and the Middle East.

But an overwhelming majority – 93 percent – said they wouldn’t consider shifting production out of China for now.

Of those polled, 72 percent said they thought Beijing should allow the yuan to depreciate, making their goods more competitive.

Such a move would likely be frowned upon by U.S. President Donald Trump. On Monday, he accused China and Russia of “playing the Currency Devaluation game”.

Trevor Sisco, the vice president of Global Retail Partner, whose company sources products like drones, TV wall-mounts and walkie-talkies for U.S. retail giants including Walmart (NYSE:) and Best Buy, said aggressive posturing on both sides could lead to an expansion of tariffs into other more mainstream household products.

“You’ve got a manufacturing nation and a consumer nation. So if you start a trade war between the two of them, at the end of the day the consumer nation is the one that’s going to pay the price, because they’re the one buying it.”

He added: “The cost is always going to go to the consumer.”

(For a graphic on ‘Canton Fair survey’ click http://fingfx.thomsonreuters.com/gfx/rngs/CHINA-TRADE-CANTONFAIR/010061SK3JF/index.html)