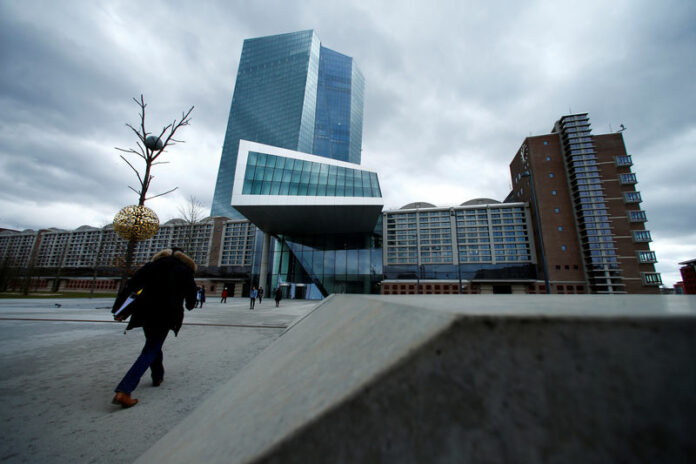 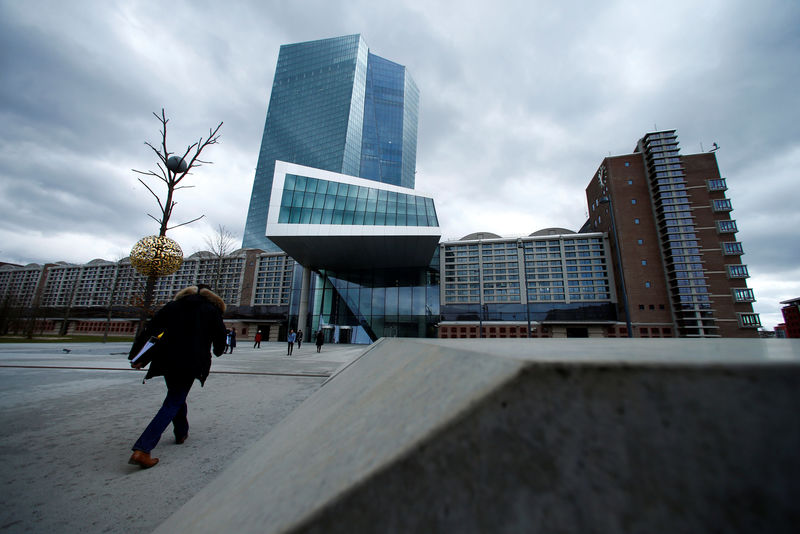 By Mumal Rathore and Rahul Karunakar

BENGALURU (Reuters) – Euro zone economic growth, already moderating in part from a stronger currency, will take a further hit from the ongoing trade dispute between the United States and China, according to a majority of economists polled by Reuters.

Still, that will not deter the European Central Bank from ending its asset purchases program this year and hiking interest rates in 2019, even though inflation is expected to remain well below the central bank’s target until at least 2021.

While the consensus for growth in the latest Reuters poll of over 100 economists taken April 6-16 was little changed from a poll last month, private business surveys suggest euro zone growth momentum has peaked.

The range of forecasts in the latest poll showed lower highs and lower lows for growth in the region compared with last month.

“The start to 2018 has been disappointing for the euro zone economy, especially after such a strong 2017. While the outlook remains favorable, it does look like peak euro zone growth has already been reached and that 2018 will show some moderation,” said Bert Colijn, senior euro zone economist at ING.

Businesses across the euro zone have been hurt by a rising euro, ending the first quarter with their weakest expansion since the start of 2017.

The single currency, up about 3 percent this year, is expected to gain a further 4 percent against the dollar in a year, according to a separate Reuters poll. [EUR/POLL]

In the latest poll, over 85 percent of 55 economists who answered an extra question said the trade spat between the U.S. and China will damage the euro zone economy, including one respondent who expects the impact to be significant.

“Trade in goods weakened in February, even ahead of global trade concerns taking center stage. Whether it is the strong euro or a looming trade war, it is not difficult to see the outlook for euro zone exports becoming more challenging,” said ING’s Colijn.

“With the European Union taking a prominent place in the global supply chain, the euro zone economy could get hurt even without being an essential player in a trade war,” he added.

After growing at its fastest pace last year since the financial crisis in recent quarters, the euro zone economy is forecast to lose some momentum and average between 0.4 percent and 0.6 percent in each quarter this year and next.

Full-year GDP growth was expected to average 2.3 percent this year and 2.0 percent next, unchanged from last month.

Price pressures remain weak. Inflation is forecast to be below the ECB’s target of just under 2 percent for the next three years.

Despite that, the ECB, which removed the easing bias with reference to its quantitative easing (QE) program last month, is widely expected to end its 30 billion euros worth of monthly asset purchases by year-end.

While no major announcement is expected when ECB policymakers meet on April 26, the central bank is forecast to take its deposit rate 15 basis points higher to -0.25 percent in the second quarter next year, as it was in the previous poll.

The ECB is also expected to hike its refinancing rate in the final quarter of next year, a quarter later than forecast last month.

Over 90 percent of almost 60 economists said they were confident the central bank would take rates higher before the next downturn, including 11 respondents who were very confident.

But not everyone agreed, and the remaining five economists were not confident.

“We expect the ECB to keep rates low for longer in part because it is winding down its QE program due to technical limits having been reached rather than its inflation objective. As this unfolds, it will need to keep rates low to limit the fall-out effects of this exercise on financial conditions,” noted Elwin de Groot, chief euro zone economist at Rabobank.

“Furthermore, even if growth stays above or close to trend, the passthrough to higher wage growth and from higher wages to core inflation is likely to be relatively slow. Hence it is not a given that the ECB will raise rates before the next downturn hits.”