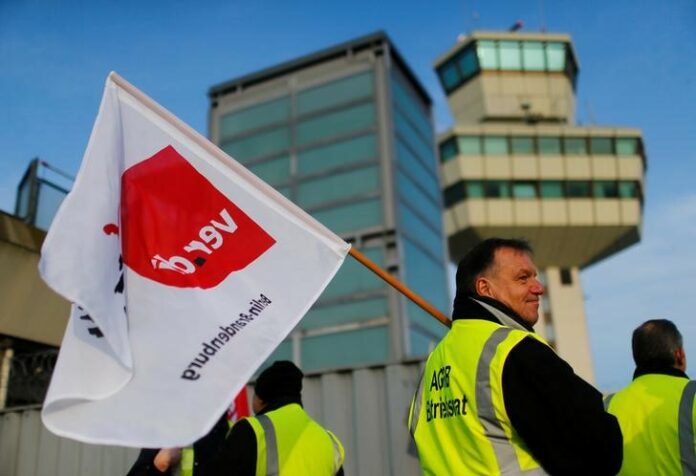 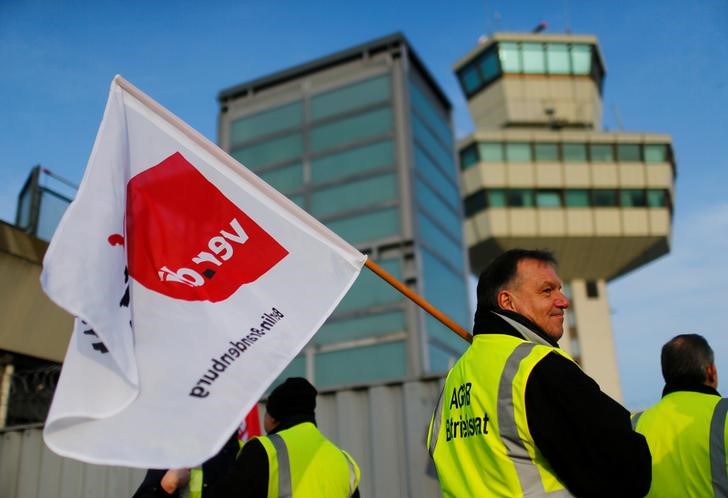 POTSDAM (Reuters) – Germany’s public sector unions and employers have made progress in marathon pay talks, the head of the Verdi union said on Tuesday, after more than 150,000 union members went on warning strikes last week.

The third round of negotiations, which started on Sunday, were resuming after breaking off at about 3 a.m. (0100 GMT).

Verdi, with 2.3 million members, and the dbb association of civil servants, which represents 344,000 people, had called for a 6 percent pay rise, or at least 200 euros more a month.

Employers have said the demand is too high but have also said public sector workers should benefit from strong growth in Europe’s largest economy.

“We have got closer to an agreement,” Verdi chief Frank Bsirske said shortly before going into talks on Tuesday, adding that there were still a number of questions to be resolved and any agreement would be “very complex”.

In the industrial sector, 3.9 million workers agreed on a pay and flexible working hours deal in February that amounted to a roughly 4 percent annual rise for 2018 and 2019. Inflation edged up to 1.5 percent in March.

The European Central Bank is keeping a close eye on German wage negotiations for any sign that wage growth is picking up, potentially lifting inflation and giving the ECB added leeway to start winding down its massive stimulus program.

Last week, hundreds of flights were canceled as tens of thousands of ground staff and other public sector workers staged walkouts, which also hit nurseries and rubbish collection in German cities.