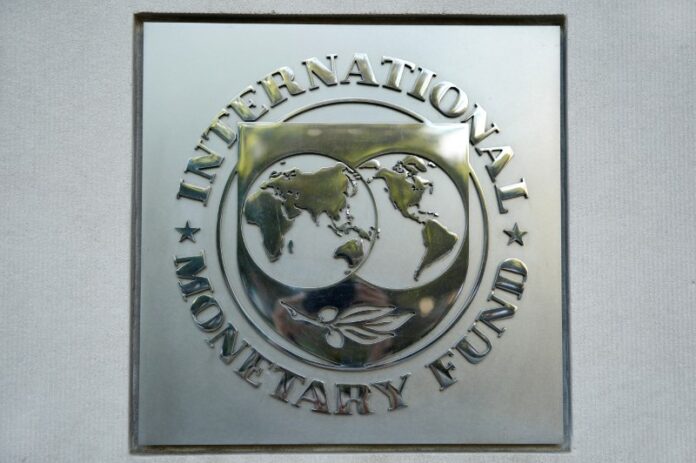 WASHINGTON (Reuters) – The International Monetary Fund warned on Tuesday that rising U.S.-China trade restrictions threaten to damage a steady global growth picture, but there was still time for the world’s two largest economies to step back from the brink.

The IMF, in its latest World Economic Outlook, kept its global growth forecasts for both 2018 and 2019 unchanged at 3.9 percent after upgrades in January that were partly based on expectations of stronger U.S. spending spurred by tax cuts.

“The prospect of trade restrictions and counter-restrictions threatens to undermine confidence and derail growth prematurely,” Obstfeld told a news conference ahead of the IMF and World Bank spring meetings this week, where trade is expected to dominate discussions.

Asked if a trade war was under way, Obstfeld said the United States and China had fired “some warning shots” on tariff plans but had not activated them.

“There’s still room for countries, I think, to engage in a more multilateral set of discussions to take advantage of the set of dispute resolution mechanisms in place to avoid any intensification,” he said.

Obstfeld added that the Trump administration trade initiatives would do little to reduce the overall U.S. trade and current account deficits, as these have more to do with U.S. spending exceeding income.

“Global growth is projected to soften beyond the next couple of years,” the IMF said in the report, adding that advanced economies would be “held back by aging populations and lackluster productivity.”

The Trump administration has maintained that Republican tax cuts passed last year would allow the United States to maintain sustained gross domestic product growth above 3 percent for years and defy forecasts that U.S. budget deficits will balloon over the coming decade.

For now, the IMF said increased export demand was contributing to slight growth forecast upgrades for the euro area and Britain for 2018, while the IMF kept its forecasts unchanged for Japan, China, India, Russia and Mexico.

Forecasts were cut slightly for Canada, the Middle East and North African countries, as well as a number of low-income developing countries.

The IMF said prospects for developing economies to grow per-capita incomes face difficulties over the next five years, especially in commodity-exporting countries in the Middle East, sub-Saharan Africa, Latin America and the Caribbean.

Risks to the global growth forecasts were broadly balanced for the next few quarters, with the potential for stronger business profits to increase hiring and investments that could boost productivity, the IMF said.

But trade tensions, such as the United States and China’s recent dueling tariff announcements, could take a direct toll on trade and economic activity and also cause financial market turmoil that would tighten financial conditions and hurt confidence.