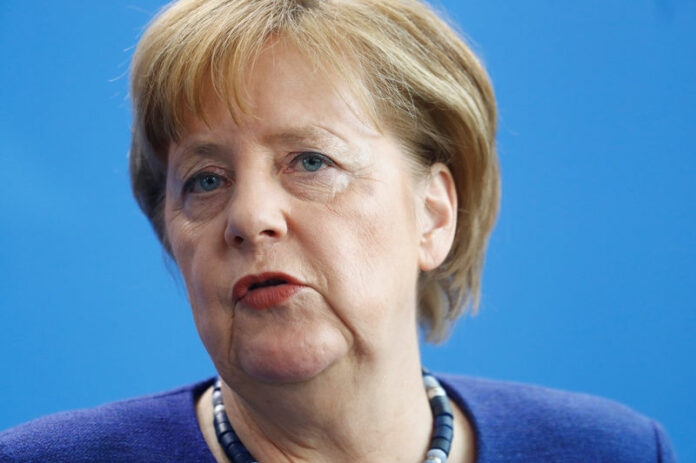 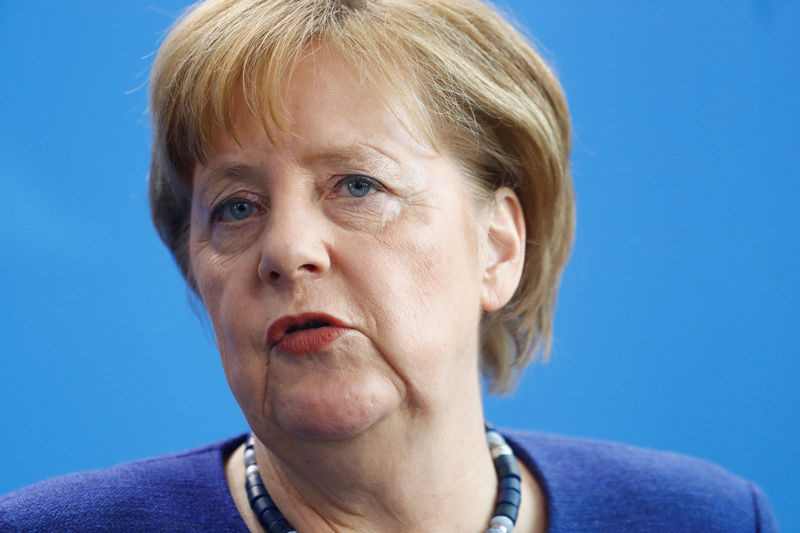 By Michael Nienaber and Paul Carrel

BERLIN (Reuters) – Chancellor Angela Merkel vowed to reach a joint position with France on euro zone reforms by June, striking a cooperative tone before a visit from French President Emmanuel Macron whose push to overhaul the currency bloc has met resistance in Berlin.

Macron, who is due to hold a working meeting with Merkel in Berlin on Thursday, is pushing hard for bold reforms to proof the 19-member currency bloc against any repeat of the crisis that took hold in 2009 and threatened to tear it apart.

His reform drive is viewed with scepticism by Merkel’s conservative bloc, many of whom are wary of any measures that would see German taxpayers assume liability for other countries’ debts and end up funding profligate states.

The chancellor’s junior coalition partners, the left-leaning Social Democrats (SPD), pressed the conservatives on Tuesday to stop dragging their feet and back reforms. Merkel sought to put a lid on the coalition wrangling before her meeting with Macron.

Speaking to reporters after meeting New Zealand’s prime minister, Merkel said the banking union – just one of a batch of reform ideas to strengthen the euro area – was a priority for her, and that Berlin was ready to move forward.

“I think Germany can make its own contribution and we will reach common solutions with France by June and I am looking forward to the visit on Thursday because it will be a step in working towards a common position,” she said.

Merkel’s conservatives and the SPD agreed in their coaltion deal to strengthen and reform the euro zone in close partnership with France, but they are at odds over the details.

At the heart of the tussle is a conflict between the conservatives’ insistence on individual countries being liable for their own economic risks, and Macron’s push for more solidarity – or pooling of risks – between member states.

The SPD sympathises with Macron and wants him to be rewarded for his efforts to reform the French economy, well aware that a large chunk of French voters remains susceptible to far-right and far-left populists skeptical about the European Union.

Macron was elected last May on a promise to overhaul the EU. He has called for the euro zone to have its own budget and finance minister, and for the currency bloc’s rescue fund to be turned into a mechanism – like a European Monetary Fund – for helping member states pre-empt threats of financial instability.

“Europe has been waiting for Germany for over a year,” said Carsten Schneider, a senior member of the SPD, in reference to the policy paralysis prior to and since last September’s German national election.

Trying to control the terms of the reform debate, the German conservatives have focused on opposing plans floated by the executive European Commission to make use of a specific EU legal provision to create a European Monetary Fund (EMF).

In a draft resolution seen by Reuters, the conservatives reject the Commission’s approach and say that setting up an EMF under European law would require treaty change “in consultation with national parliaments” – a tricky feat that would take time.

The draft resolution calls for a parliamentary working group to present a draft bill on the issue of creating an EMF by the end of April for lawmakers to vote on in June.

The vote would be non-binding for the government, but could make it harder for Merkel – her political capital depleted after she lost support in last September’s election – to ignore her conservatives’ misgivings.

The robust stance taken by the conservative German lawmakers on the euro zone issue threatens to complicate the reform process this year, which is seen as a critical but narrow window, with the European Parliament holding elections and Britain’s exit from the EU reaching its deadline in 2019.

Finance Minister Olaf Scholz, a senior Social Democrat, said he was optimistic that France and Germany would manage to agree on a joint approach along the lines of the coalition deal.

“The further development of the European Union is one of the central projects of this government,” Scholz told reporters.