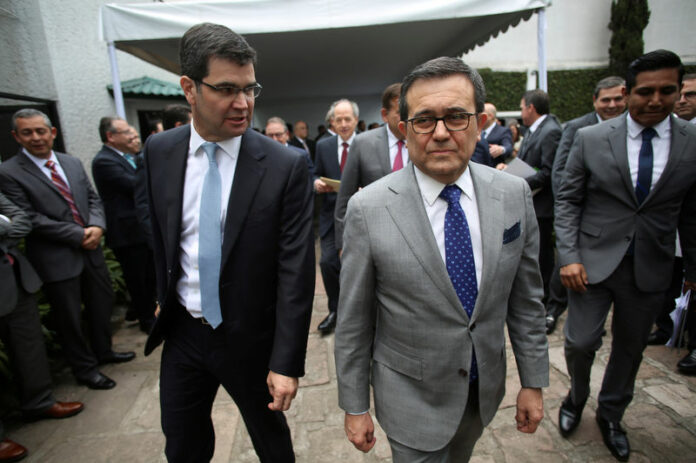 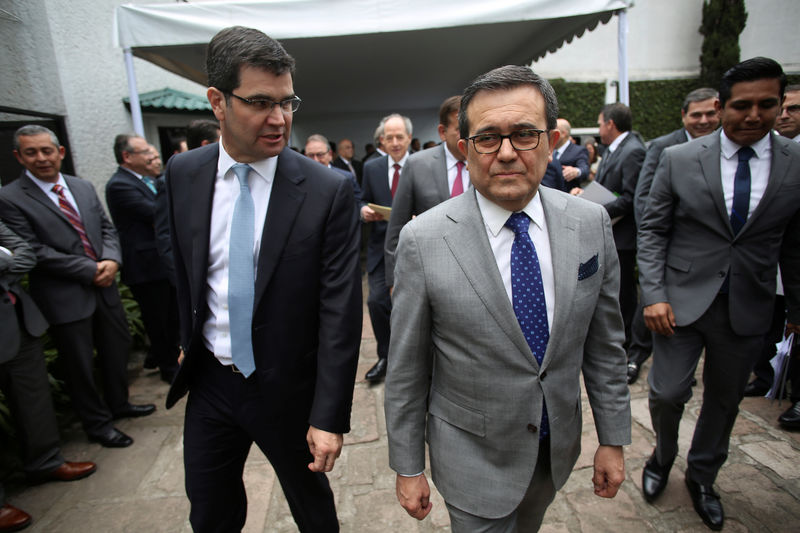 Guajardo said he had spoken to Canadian Foreign Minister Chrystia Freeland on Monday and would talk to U.S. Trade Representative Robert Lighthizer on Tuesday to see about agreeing a trilateral meeting in Washington on Thursday.

Speaking after meeting with steel industry executives, Guajardo also said if that the United States imposed steel tariffs, Mexico might seek to mirror the move against some countries in order to prevent them from using Mexico to elude the duties.

Teams of trade experts from the United States, Mexico and Canada have been meeting for weeks to try to narrow their differences on NAFTA, and Guajardo said a total of 10 chapters of a revised deal were now concluded or virtually settled.

But he did not expect major announcements on Thursday.

“Thursday is about starting to work through the list of issues pending. The truth is the horizon going forward is a horizon of a couple of weeks,” Guajardo told reporters.

“I think you need to be alert that if there’s going to be rabbit for the stew, it’s going to be at the end of April,” he added, without being more specific.

Guajardo and others have said a NAFTA deal could be possible by early May, but significant differences remain on U.S. proposals to revise content rules for the automotive sector, change dispute resolution mechanisms and other issues.

Over the past few days, the technical teams had, barring some “tiny details,” finished work on chapters including telecoms, energy and technical barriers to trade, he said.

U.S. President Donald Trump has driven the renegotiation of NAFTA, arguing that the deal has hollowed out American manufacturing to the advantage of lower-cost Mexico.

Trump has threatened to use other measures, such as slapping import tariffs of 25 percent on steel and 10 percent on aluminum, to gain leverage over Mexico and Canada in the NAFTA talks. Both countries have been initially exempted from the tariffs.

Guajardo said that if Mexico remained exempt, the government would consider mirroring any U.S. tariffs on countries with which Mexico did not have a free trade agreement.

Otherwise Mexico could become a “back door” for Asian imports the United States wanted to discourage, Guajardo said.

Mexico has a 15 percent tariff on certain steel imports from countries it does not have free trade with, and the government would need to review whether to raise that duty further depending on what the United States did, he added.

The Mexican government is also working to update its free trade accord with the European Union, and Guajardo said his deputy, Juan Carlos Baker, would travel to Brussels on Monday night to meet high-level EU officials for further talks.

Those talks would show whether the negotiating teams could resolve the three thorniest issues this week, he said.