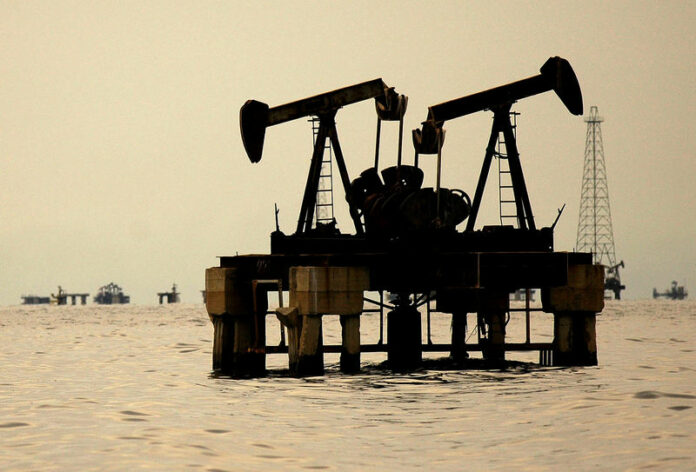 LONDON (Reuters) – Oil rose on Tuesday, boosted by investors’ growing concern over the potential for disruptions to crude supply, especially in the Middle East.

Traders said oil markets were receiving general support due to the risk of supply interruptions, including a potentially spreading conflict in the Middle East, renewed U.S. sanctions against Iran and falling output in crisis-hit Venezuela.

“With so many potential supply disruptors in play and few signs that the current market upheaval will end any time soon, traders continue to pay the geopolitical risk premium,” said Stephen Innes, head of trading for Asia-Pacific at futures brokerage OANDA in Singapore.

“Oil prices should remain bid … at least through the Iran nuclear deal deadline (May 12) if not for the remainder of 2018,” he added.

U.S. President Donald Trump has threatened to pull out of a nuclear deal between Iran and six major powers by May 12 unless Congress and European allies help “fix” it with a follow-up agreement.

If Washington does not renew sanctions relief for Tehran at this point, Iran may have difficulty exporting its crude.

Oil markets have been well supported this year, with Brent up around 16 percent from its 2018 low in February, due to healthy demand and supply cuts led by the Organization of the Petroleum Exporting Countries.

Another main market driver has been the United States, where crude production

The physical markets, particularly in the Atlantic Basin, are suffering from seasonal weakness that has pulled some grades to multi-month lows.

“We’ve got geopolitics on the one hand, which is bullish, but I don’t think fundamentals are quite as convincing as people would like to believe,” PVM Oil Associates strategist Tamas Varga said.

“I’m not saying oil won’t run higher based on the situation in Syria, but I don’t think this rally on geopolitics can be sustained unless it results in actual supply disruption.”

The American Petroleum Institute publishes weekly U.S. fuel inventory data later on Tuesday, while official government data, including on production, is due from the EIA on Wednesday.