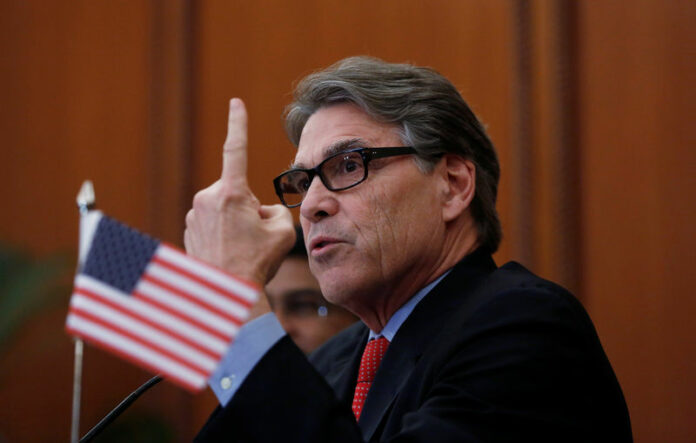 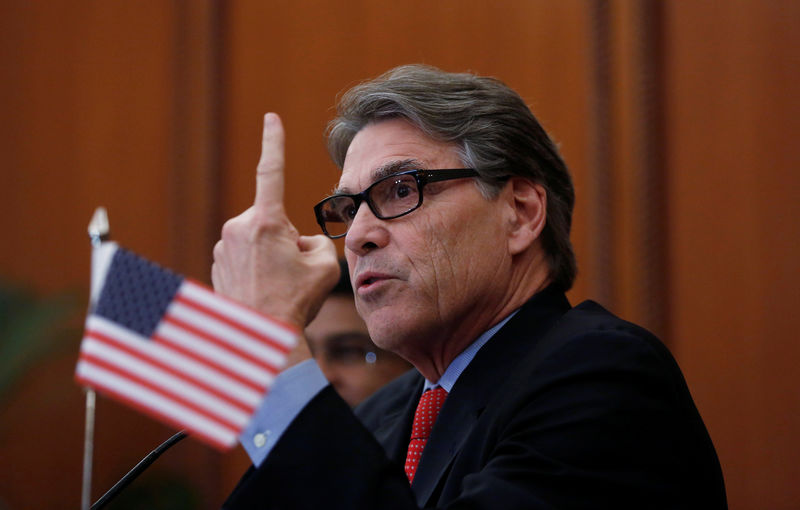 NEW DELHI (Reuters) – Westinghouse Electric, which filed for bankruptcy last year, is now “lean and mean and ready to get to work” on its projects to build nuclear reactors in India, U.S. energy secretary Rick Perry said on Tuesday.

The show of support by Perry came after Pittsburgh-based Westinghouse’s bankruptcy filing had raised doubts about the proposed construction of six nuclear reactors in India’s Andhra Pradesh state.

The agreement to build reactors, announced in 2016, was the result of a decade of diplomatic efforts as part of a U.S.-India civil nuclear agreement signed in 2008.

“Nobody in the world makes better reactors than Westinghouse,” Perry told journalists after a meeting with India’s oil and gas minister Dharmendra Pradhan in New Delhi.

“They had some challenges in the past from its business practices. We leave that where it is. The bottom line is, that’s all behind them. They are lean and mean and ready to get to the work.”

Westinghouse, owned by Japan’s Toshiba Corp (T:) which is to be bought by a unit of Canada’s Brookfield Asset Management Inc (TO:) (N:), is one of the world’s leading suppliers of nuclear fuel and provides some form of service to 80 percent of the world’s 450 commercial reactors.

Perry and Pradhan released a joint statement to “reaffirm their strong commitment to early and full implementation of our civil nuclear partnership, including the Westinghouse civil nuclear project”. They also said the two countries would deepen cooperation on oil and gas, power, renewable energy and coal.

“In keeping with the shared objectives to provide a stronger business orientation to our energy cooperation, both sides noted with appreciation the growing investment of Indian companies in the United States and the beginning of oil and gas exports from the United States to India,” they said in the statement.

The United States under President Donald Trump has been looking to sell more energy products to India, the world’s third-biggest buyer of oil.