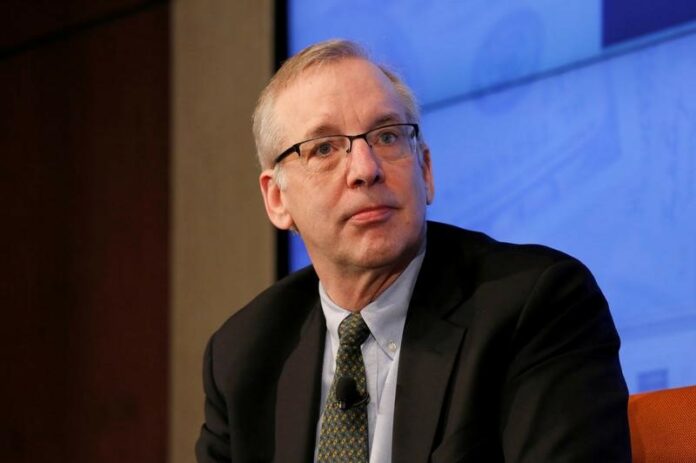 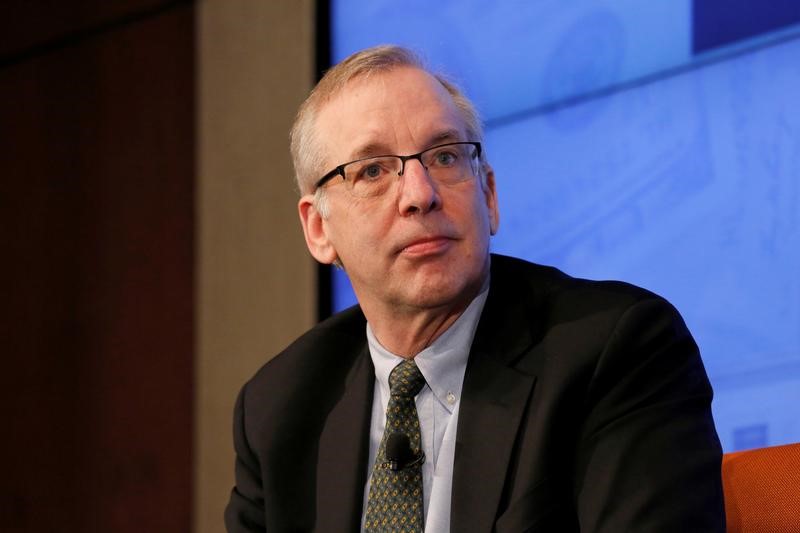 NEW YORK (Reuters) – After a decade of ultra loose policy, the Federal Reserve will likely raise interest rates to a “slightly restrictive” setting in the years ahead as unemployment falls and inflation ticks higher, an influential outgoing Fed official said on Wednesday.

New York Fed President William Dudley said he was among the U.S. central bankers last month to mark up forecasts that show the policy rate rising to about 3.4 percent by 2020, a full half a percentage point above the current estimate of “neutral.” Dudley himself said he marked up his estimate of neutral to around 3 percent.

It implies that policy “will need to become slightly restrictive in the years ahead,” said Dudley, a long-time permanent voter on monetary policy who will leave the Fed in two months.

He repeated his support for gradual rate hikes given inflation remains below a 2-percent target, and predicted prices will edge higher. The Fed hiked rates last month and predicted two or three more rises before year end.

Published forecasts last month suggested the Fed expects recent fiscal stimulus to boost economic growth for two years, but give no apparent permanent help to the economy. Unemployment dives, inflation rises just above the Fed’s target, and the central bank responds with interest rates rising to 3.4 percent, according to the forecasts.

“A gradual path of interest rate increases remains appropriate,” Dudley said at Lehman College in the Bronx. “Even though the unemployment rate is low, inflation remains below our 2 percent objective. As long as that is true, the case for tightening policy more aggressively does not seem compelling.

Still he added that the Fed “should not overstay its welcome” and keep pushing rates toward neutral.