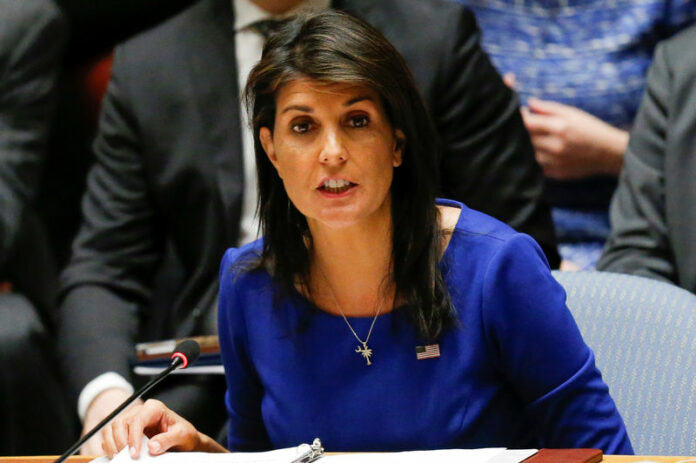 Haley fires back at Kudlow over Russia: ‘I don’t get confused’ 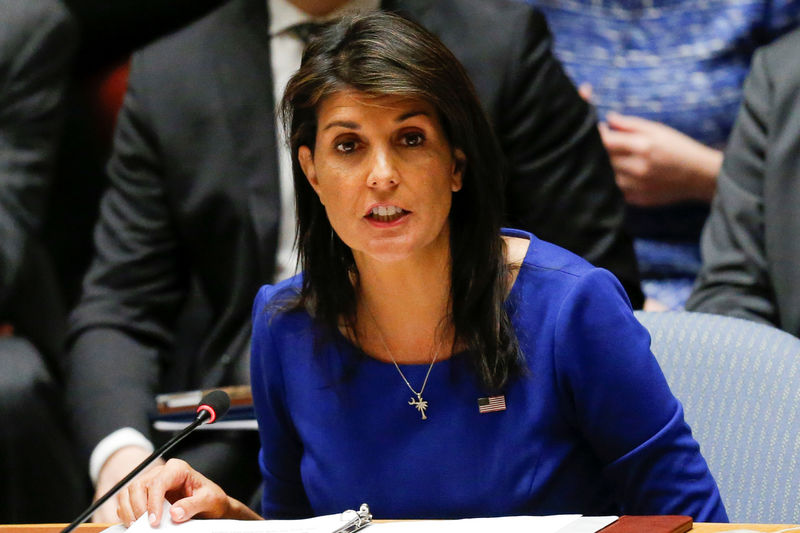 UNITED NATIONS/WEST PALM BEACH, Fla. (Reuters) – U.S. Ambassador to the United Nations Nikki Haley fired back at White House economic adviser Larry Kudlow on Tuesday over his remarks that she may have been confused over Washington’s plans to impose more sanctions on Russia.

“With all due respect, I don’t get confused,” Haley, a member of President Donald Trump’s cabinet, told Fox News.

Haley said on Sunday that Washington was preparing new sanctions on Russia over its support of Syrian President Bashar al-Assad. However, Trump delayed further action, according to a senior administration official.

Kudlow said of Haley on Tuesday: “She’s doing a great job, she’s a very effective ambassador. There might have been some momentary confusion about that.”

“I think the issue here is we have a set of sanctions and additional sanctions are under consideration but have not been determined,” Kudlow told a briefing at Mar-a-Lago, where Trump was meeting with Japanese Prime Minister Shinzo Abe for two days of talks.

He said there was no confusion in the White House approach toward Moscow.

A senior administration official said on Monday that Trump was unlikely to approve them unless Moscow carried out a new cyber attack or some other provocation.