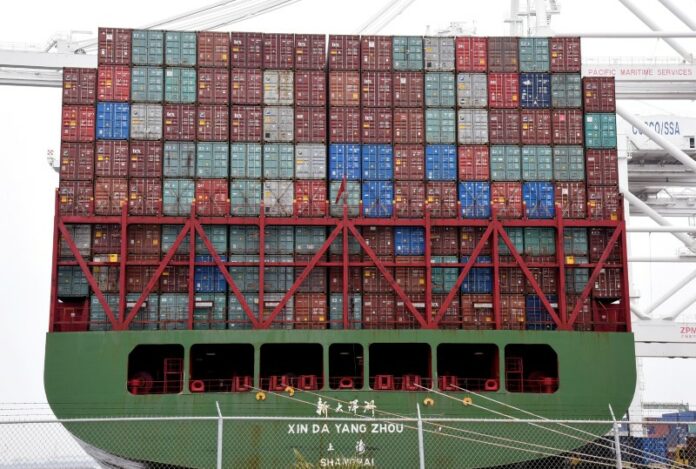 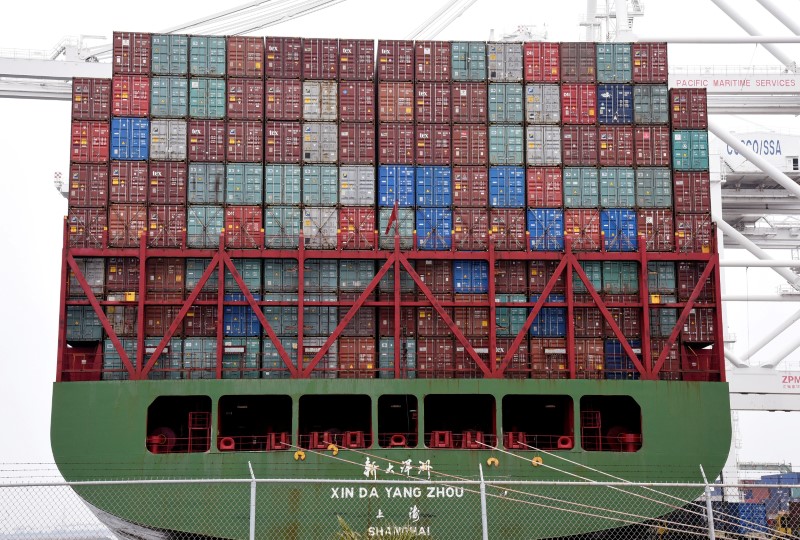 BENGALURU (Reuters) – The ongoing trade spat between the world’s two largest economies will restrain the roaring U.S. economy, dulling an expected boost to growth from massive tax cuts passed through Congress just a few months ago, a Reuters poll found.

The latest expectations from a poll of over 100 economists taken April 9-17 suggest the White House’s hopes for sustained economic growth above 3 percent will not be realized, which in turn may spawn future expectations for even bigger budget deficits over the coming years.

The Reuters poll consensus has growth averaging 2.8 percent this year, slowing to 2.4 percent next.

U.S. President Donald Trump’s most recent push to impose duties on imports from China have triggered fears of a global trade war and have fueled wild market gyrations in recent weeks.

Nearly 90 percent of 50 economists who answered an extra question said the trade row with China will hurt the U.S. economy.

“The United States is tightening its trade policy and moving increasingly away from the rules of the World Trade Organization. After applauding President Trump’s tax cuts, the equity markets are less charmed by his protectionist threats,” wrote economists at BNP Paribas (PA:) in a note to clients.

They also noted prolonged disagreements were now part of the global trade atmosphere. A Reuters poll last month showed Trump’s import tariffs would do more harm than good to the U.S. economy.

Still, the outlook for growth, inflation and Federal Reserve monetary policy in the latest poll were largely unchanged compared to a survey in March, suggesting the trade spat is now offsetting an improved mood that set in earlier in the year.

“Raising tariffs on final and intermediate products that are shipped to the U.S. will crank up domestic prices for U.S. consumers and producers. As such, if these tariffs come through, it would provide another shock to the stock market and hurt producer and consumer confidence.”

Data earlier this month showed the U.S. trade deficit widened to a near 9-1/2-year high in February, and it is expected to widen further, largely driven by an accommodative fiscal policy stance.

A $1.5 trillion income tax cut package came into effect in January and is expected to increase business investment as big corporations in the U.S. benefit.

Business investment, which rose at its quickest pace in three quarters in the final three months of 2017, is expected to pick up significantly this year, according to 60 percent of about 50 economists who answered a separate question.

“But we don’t expect any miracles on that front.”

Citing lower U.S. corporate income tax rates and accelerated investments due to a temporary tax break, the International Monetary Fund raised its U.S. growth forecast by 0.2 percentage points for this year and next, to 2.9 percent for 2018 and 2.7 percent for 2019.

But the Reuters consensus is slightly lower for this year and 0.3 percentage point lower for next year.

“We do not think it (fiscal stimulus) will be overly beneficial for the U.S. economy,” said James Orlando, a senior economist at TD Bank.

“When we look at long-term cycles, we want the government to be reducing deficits during expansion time periods so that they actually have more ammunition to fend off the next recession.”

The poll showed the core PCE price index, the Fed’s preferred inflation measure, would only reach target in the third quarter and level out to average slightly above that 2 percent level next year.

After hiking in March for the sixth time in the current tightening cycle the Fed is expected to keep rates unchanged at its policy meeting on May 2.

The U.S. central bank is then expected to raise the federal funds rate by 25 basis points at the June meeting to 1.75-2.00 percent and repeat that move two more times, once a quarter, taking the base rate to 2.25-2.50 percent by end-2018. That would make a total of 4 rate hikes this year.

“With the fiscal stimulus into the mix we think inflation, wage growth, and core inflation are going to rise steadily over the next couple of years. That will prompt the Fed to raise interest rates four times this year,” said Andrew Hunter, U.S. economist at Capital Economics.