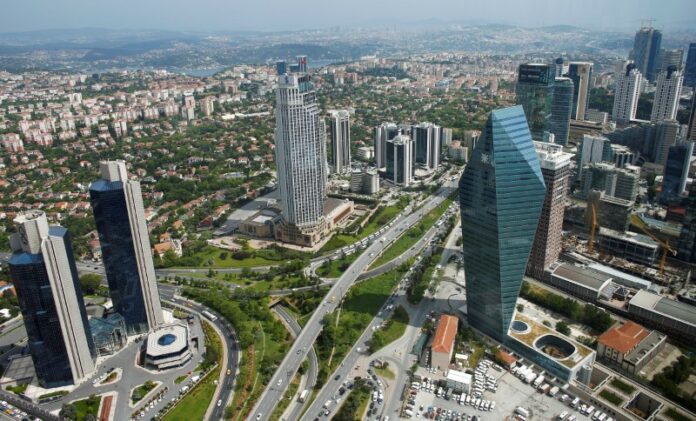 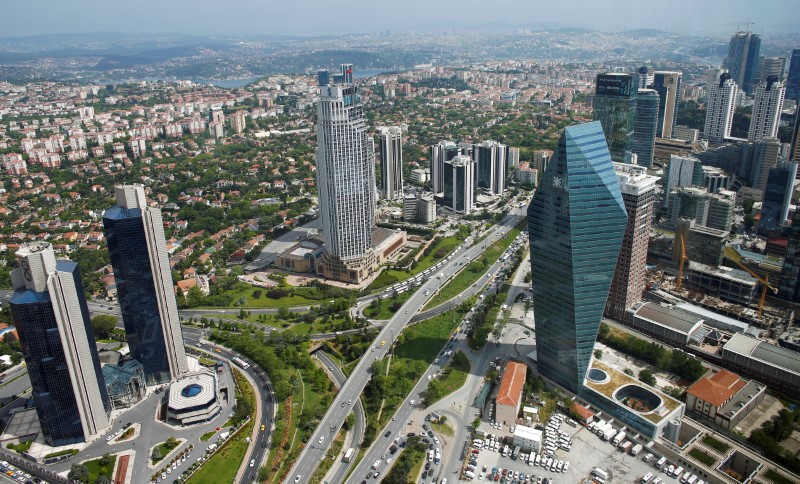 © Reuters. Bussiness and financial district of Levent, which comprises leading Turkish companies’ headquarters and popular shopping malls, is seen from the Sapphire Tower in Istanbul

ANKARA (Reuters) – Turkey’s economic growth will fall short of the government’s target this year, a Reuters poll showed on Wednesday, even as President Tayyip Erdogan’s ruling party continues to implement stimulus measures ahead of elections.

The economy will expand 4.1 percent in 2018, according to the poll of 53 economists, well below the government’s forecast of 5.5 percent and just above the 4.0 percent predicted in a January Reuters poll.

Under its medium-term economic program, the government is forecasting annual economic growth of 5.5 percent through 2020. However, the Reuters poll estimates growth for 2019 at just 4.0 percent.

Turkish gross domestic product expanded 7.4 percent in 2017, its fastest annual rate since 2013, thanks to robust growth in industrial output and construction.

Erdogan has introduced a series of stimulus measures, including tax changes and an increase in the government’s Credit Guarantee Fund, which backs loans to smaller businesses.

But analysts have voiced concern about overheating and the central bank’s inability to rein in double-digit inflation.

“The government and central bank undertook a range of stimulus measures that pushed GDP growth to more than 7 percent last year, against our estimate of 3.5-4.0 percent potential growth,” ratings agency Moody’s said in a note to clients this week.

“The government appears determined to keep the economy growing rapidly ahead of national elections… regardless of the costs.”

Elections are currently scheduled for November 2019, although the government’s nationalist allies this week suggested bringing forward the polls to August of this year.

Chronic inflation is seen as one of the most vexing problems for Turkey’s economy. Despite double-digit price gains, Erdogan, a self-described “enemy of interest rates” wants the central bank to lower interest rates, fuelling concerns that monetary policy is less than independent.