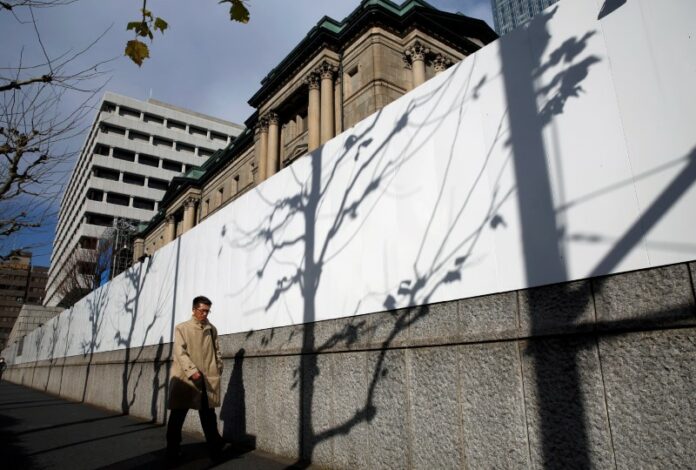 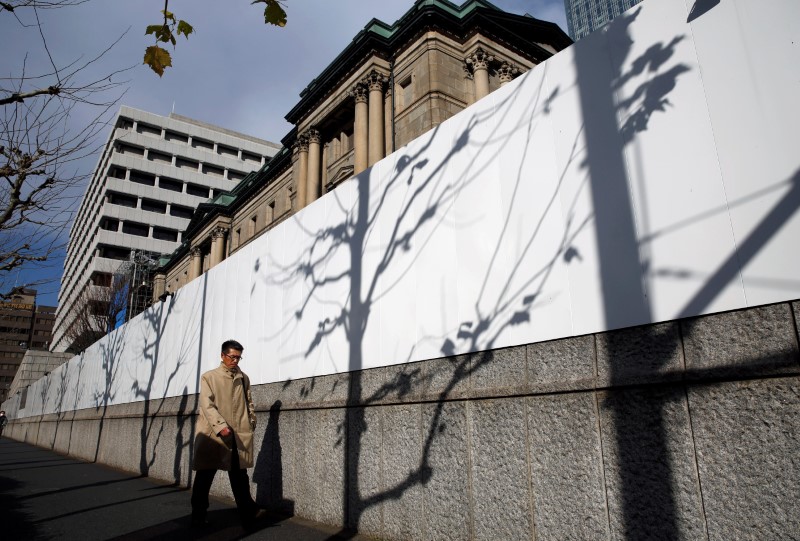 © Reuters. FILE PHOTO – Man walks past the Bank of Japan building in Tokyo

TOKYO (Reuters) – The Bank of Japan warned on Thursday of a potential spike in credit costs stemming from a rise in bank loans to companies undertaking low profit businesses if the economy should slow or interest rates rise.

Financial institutions are actively boosting lending at low interest rates to “middle risk companies” in the face of heated competition among lenders, as the central bank continues with its low-rate policy even as the economy recovers.

Many of these so-called middle risk companies have less internal funds than blue chip firms and tend to rely on borrowing particularly when low interest rates are offered, the central bank noted in a twice-yearly financial system report.

The warning comes at a time when the rising cost of prolonged easing such as the hit to bank profits from ultra-low rates has prompted lawmakers and analysts to urge the BOJ to explain how it plans to unwind its ultra-loose monetary policy.

With inflation remaining distant from its 2 percent target despite more than five years of massive money printing, however, the central bank is in no mood to rush to exit from its ultra-loose monetary policy.

Governor Haruhiko Kuroda has repeatedly said that debating an exit strategy openly now would cause confusion to markets.

The report urged financial institutions to improve credit risk management by setting lending rates at appropriate levels reflecting the risks of borrowers and by verifying provisioning.

Provisioning against debt risk by banks is relatively low now in Japan.

“However, if the economy suffers negative shocks in such cases as economic downturn and rises in interest rates … there could be a sudden rise in credit costs,” the report warned.