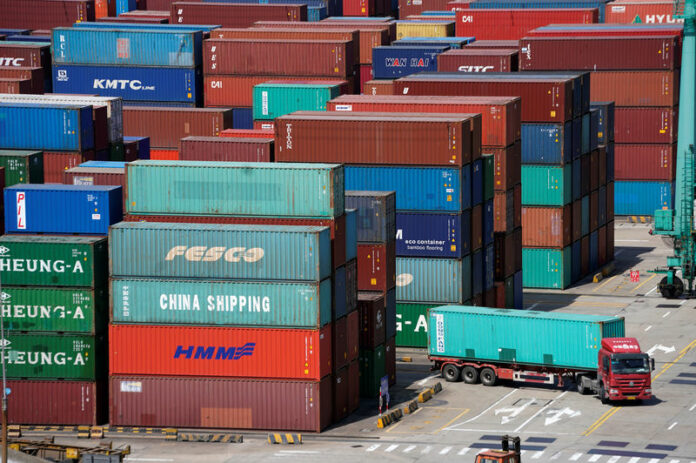 China says ready to deal with any fallout from U.S. trade row 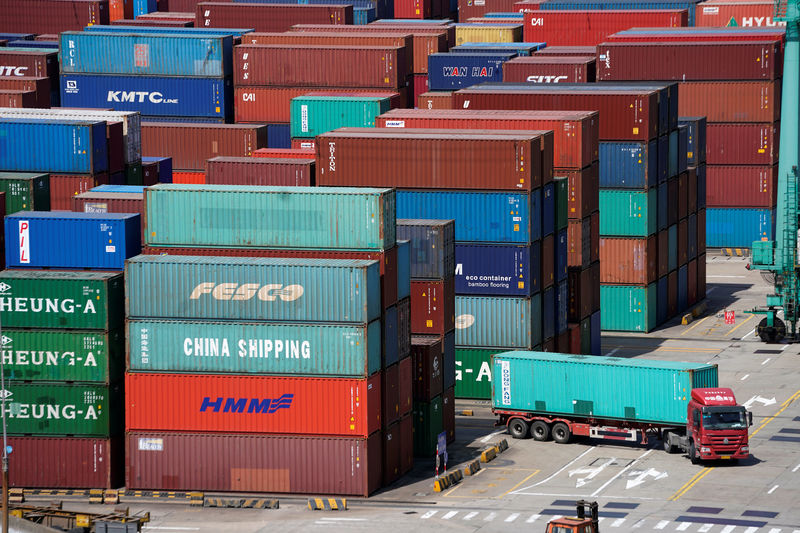 © Reuters. Shipping containers are seen at the port in Shanghai

BEIJING (Reuters) – China is well prepared to handle any negative effects from its trade dispute with the United States, the commerce ministry said on Thursday, adding that China’s tariff hikes on U.S. imports will not have a big impact overall on its domestic industries.

The United States would be making a miscalculation if it is determined to contain China’s rise, ministry spokesman Gao Feng said at a regular media briefing in Beijing.

Responding to a question on whether China has underestimated President Donald Trump’s resolve to pursue trade measures against China, Gao said Beijing hopes Washington will not underestimate China’s resolve to fight back.

Most analysts believe the two sides will eventually reach a compromise and avoid a full-blown trade war. But so far, China and the U.S. have held no formal trade talks, Gao said.

In the latest escalations in the widening trade row, the U.S. said this week it had banned American companies from selling parts to Chinese telecom equipment maker ZTE for seven years, while China on Tuesday announced hefty anti-dumping tariffs on imports of U.S. sorghum and measures on synthetic rubber imports from the U.S., EU and Singapore on Thursday.

China will take any necessary measures at any time in response to the U.S. move against ZTE, Gao said.

On April 2, China slapped additional import taxes on 128 U.S. products including frozen pork and wine, in response to U.S. duties on imports of aluminum and steel.

Two days later, China warned it was considering increasing duties on an additional 106 U.S. imports, hitting back at the U.S.’s plan to levy duties on $50 billion of Chinese goods following a months-long intellectual property probe.

The global economy will expand this year at its fastest pace since 2010, but trade protectionism could quickly slow it down, the latest Reuters polls of over 500 economists worldwide suggest.