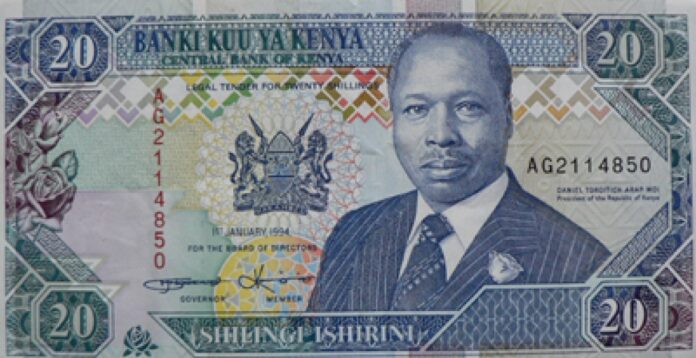 Demand for dollars likely to weigh on Kenyan shilling

NAIROBI: Demand for dollars by importers looking to lock in favourable rates after the Kenyan shilling’s recent gains are likely to weigh on the currency while the Nigerian naira is expected to be stable.

Kenya’s currency could come under pressure from the dollar in the coming week from importers seeking to take advantage of the shilling’s recent strengthening.

“We are likely to see more import orders from merchants taking advantage of the price, progressively weakening the shilling bit by bit,” said a trader from a commercial bank.

The Nigerian naira is likely to remain stable in the week ahead, boosted by the central bank’s ability to intervene on the currency market amid rising foreign exchange reserves and higher crude prices, traders said.

Hard currency reserves rose to $47 billion as of April 16, providing more ammunition to defend the naira. The country runs a two-year-old multiple foreign exchange system, which has been criticized by the International Monetary Fund.

On the official market, the naira was quoted at around 305.60 while importers bid for dollars from the central bank at 337 naira. The local currency traded at around 360 per dollar for investors.

The Zambian kwacha is likely to hold firm next week supported by hard currency sales from companies preparing to pay taxes and other month-end obligations.

“It should hold the latest gains as we approach the end of the month when dollar supply increases,” one commercial bank trader said, referring to the kwacha.

The Ugandan shilling is expected to weaken over the next few days, hurt by projected higher demand for dollars from importers.

The market anticipated demand from importers of retail goods in the coming days to replenish stocks for next month which they “expect to push the shilling to post some losses,” said a trader from a commercial bank.

The Tanzanian shilling could remain under pressure in the days ahead due to surging dollar demand from oil, manufacturing and construction sectors amid subdued inflows of the US currency, analysts said.

“We expect the shilling to remain under pressure next week because of a shortage of foreign currency in the market, largely because tourism and agricultural exports are in the off season,” said a trader at CRDB Bank.