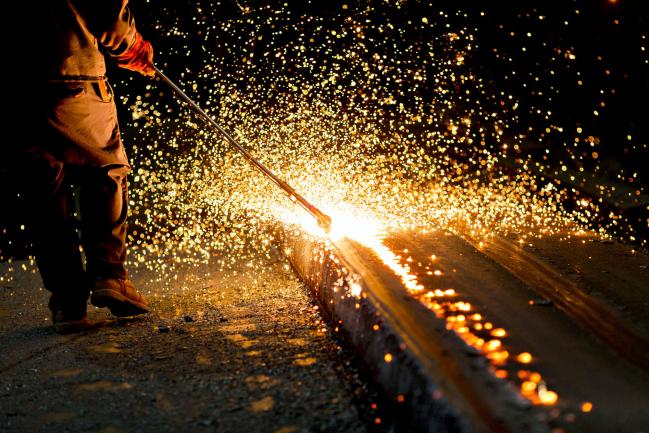 (Bloomberg) — Months into the Korean War, President Harry Truman capped wages and imposed price controls on the steel industry, seizing authority under a newly passed law to take action in the name of national defense.

Now, more than a half century later, Trump administration officials are considering using the same statute to keep struggling coal and nuclear power plants online, according to four people familiar with the discussions who asked for anonymity to discuss private deliberations.

Under the approach, the administration would invoke sweeping authority in the 68-year-old Defense Production Act, which allows the president to effectively nationalize private industry to ensure the U.S. has resources that could be needed amid a war or after a disaster.

“The security of our homeland is inextricably tied to the security of our energy supply,” Senator Joe Manchin, a Democrat from West Virginia, said in a Wednesday letter urging President Donald Trump to employ the statute. “The ability to produce reliable electricity is critical to ensuring our nation’s security against the various threats facing us today — whether those threats be extreme weather events or adversarial foreign actors.”

Trump campaigned on a promise to bring back coal that is increasingly being edged out of the U.S. power market by cheap, cleaner-burning .

But the administration has struggled to find an approach that can survive scrutiny from the courts and independent energy regulators. A proposal to subsidize some power plants was unanimously rejected by the Federal Energy Regulatory Commission in January. And doubts have risen within the White House about a request by a FirstEnergy Corp (NYSE:). subsidiary for the government to declare a grid emergency and guarantee profits for coal and nuclear plants using a legal authority generally reserved for emergencies such as war.

Administration officials are researching the law that Truman invoked on behalf of steel as a possible alternative. The statute classifies energy as a “strategic and critical material” and gives the president wide latitude to protect providers, including by ordering businesses to accept contracts for materials and services. It was previously invoked in 2001 to keep natural gas flowing to California utilities to avoid electrical blackouts.

By contrast, this would be an unprecedented use of the law more typically employed to invest in critical technologies used to develop advanced weapons.

“This would extend the statute far beyond how it’s ever been used before,” said Ari Peskoe, director of the Electricity Law Initiative at Harvard University. “This statute did not contemplate the sort of use that apparently now the administration is considering.”

The law allows the president to allocate and prioritize contracts for materials, equipment and services. It also empowers the president to provide incentives to modernize and expand the production capacity of critical resources such as energy — including buying equipment for private companies to use.

The Defense Department, for example, bought semiconductor manufacturing equipment so companies could churn out radiation-hardened microelectronics used by the military — such a niche market that businesses might not have made the investment on their own. It has also been deployed to fund research and procurement projects in lithium ion batteries, lightweight ammunition and other technologies.

The government also invoked the statute to force telecommunication companies to divulge confidential information about their networks in 2011. And Trump told Congress last June he would use the law to buttress the aerospace industry and prevent shortfalls in the production of a vaccine for military use.

Officials have not decided on precisely how they might use the statute to help coal and nuclear plants — if they even chose to do so. Because the law gives the government such wide discretion, assistance could come in the form of loans and loan guarantees or purchase commitments with the potential for direct payments to facilities. The aid also could be directed toward a single region or specific plants.

Congress would have little say in the matter. The administration has to notify lawmakers when the authority is invoked but doesn’t need their approval.

The issue is a priority for some of the president’s top supporters, including coal moguls Robert E. Murray and Joseph Craft of Alliance Resource Partners, who donated a million dollars to the president’s inauguration. And Trump personally directed Energy Secretary Rick Perry to find a solution, according to people present for the conversation.

Supporters of the effort argue coal and nuclear plants are essential to delivering reliable, always-on power capable of snapping back after intense storms and emergencies.

The push is driven by concerns that electric grid reliability and resiliency are eroding, with the problem worsening since FERC rejected Perry’s first proposal. Power generators are expected to retire — or announce the retirements of — 16,200 megawatts of coal-fired and 550 megawatts of nuclear plant capacity this year, according to Bloomberg New Energy Finance.

Administration officials are trying to find an equilibrium that balances power reliability with potential cost, two people familiar with the deliberations said.

Backers of coal and nuclear power’s chief competitors — renewable energy and natural gas — are warning the administration against meddling in the market. “Recent efforts by owners of coal-fired and nuclear generators for special treatment within electric markets would lead to bad policy and negative implications for gas-fired generators,” the Independent Petroleum Association of America told Trump’s top economic adviser, Larry Kudlow, in a Wednesday letter.

Opponents within and outside of the administration argue it would be just as legally treacherous and politically fraught as the grid emergency declaration FirstEnergy Solutions is seeking.

(Updates with comment from Manchin in fourth paragraph, Kudlow letter in 19th.)