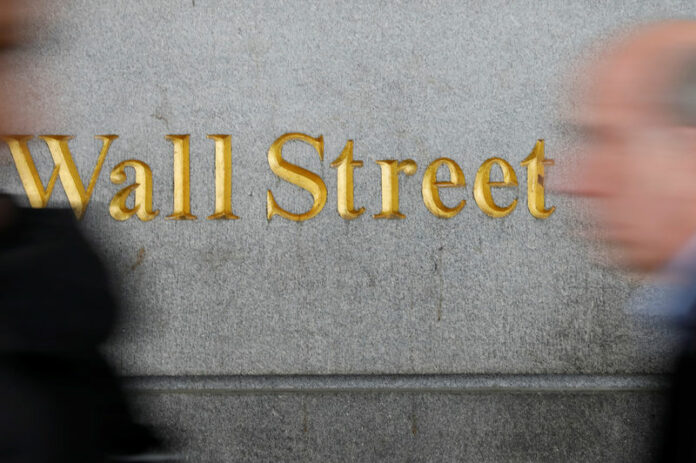 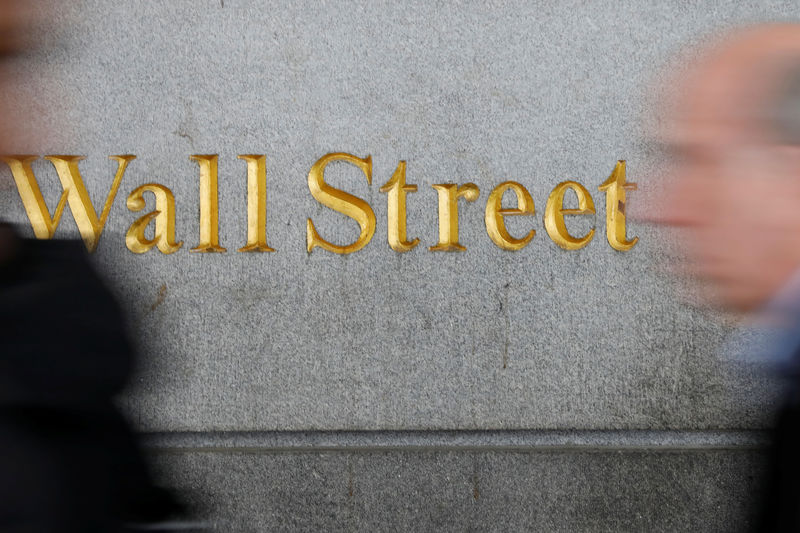 © Reuters. People walk by a Wall Street sign close to the NYSE in New York

CHICAGO (Reuters) – The long-running fight to protect retirement savers from conflicted investing advice shifted to a new battleground this week, and the first salvo was not promising.

After years of foot-dragging, the U.S. Securities and Exchange Commission (SEC) proposed a rule this week aimed at preventing conflicted investment advice by stockbrokers. The SEC is calling its rule “Regulation Best Interest,” but the lone dissenting commissioner had a different name for it: “Perhaps it would be more accurate to call it regulation status quo,” said Kara Stein, a Democratic appointee to the commission who attacked the rule in blistering language during a hearing on Wednesday.

If implemented, the draft SEC rule will be a win for the traditional commission-based stock brokerage industry, which has been fighting against a higher standard of fiduciary responsibility ever since passage of the Dodd–Frank Wall Street reforms signed into law in 2010.

Dodd-Frank empowered the SEC to impose regulations requiring a fiduciary duty by broker-dealers to their customers. Meanwhile, the Obama-era U.S. Department of Labor (DoL) exercised its powers under the Employee Retirement Income Security Act by promulgating a rule containing a strongly worded standard governing any advice in a retirement account – mainly IRAs.

The DoL rule requires that anyone providing advice on retirement saving act without regard to their own financial interests. But the rule was overturned in March by the U.S. Court of Appeals for the 5th Circuit in New Orleans, and President Donald Trump already had ordered DoL to conduct a new analysis of the rule aimed at revising or repealing it. The administration has not made clear whether it will appeal the 5th Circuit decision.

If the DoL rule falls, the SEC proposal will be the only game in town when it comes to requiring investment advisers to act professionally. On Wednesday, the commission voted to release the rule for public comment over the next 90 days; the comment period likely will lead to some revisions before a final vote. And the stakes are high: an Obama administration study found that middle-class families are ripped off to the tune of $17 billion annually due to backdoor payments and hidden fees.

Currently, brokers working with customers on nonretirement accounts are governed by a much weaker “suitability” standard – the investment must be suitable for you, but not necessarily the best option. And at first blush, the proposed SEC rule gives Wall Street brokers what they want: a rule that looks like a fiduciary responsibility but that contains plenty of wiggle room.

“The proposal is a modest improvement over the status quo, but not the clear and unambiguous best interest standard investors need and deserve,” said Barbara Roper, director of financial protection for the Consumer Federation of America and a leading advocate for the DoL rule.

The key problem with the proposed rule, Roper said, is that it does not define the term “best interest.” That leaves open to interpretation whether a broker must consider a range of available investment options, much less recommend the option that is best for the customer.

The SEC rule relies heavily on disclosure. It requires brokers to provide a written document to clients stating whether a broker is acting only as a salesperson, or has a duty of loyalty to the client’s interests. It also would prohibit brokers from calling themselves “financial advisers” if they are not adhering to a fiduciary business model.

But Roper worries that focusing only on titles gives brokerage firms a free hand to use other titles that imply advice (wealth manager, or financial consultant, for example) and to market themselves on websites and in advertising as putting clients first.

There is plenty of room for investor confusion. A Rand Corp study of consumer attitudes commissioned by the SEC in 2008 found that most people do not understand the difference between a broker-dealer and an investment adviser, or that their regulatory burdens may be different. Most thought their financial representatives act in the best interest of the investor.

Since then, public awareness of the best-interest debate has risen, and more firms are moving toward a fiduciary model. “The debate has elevated the issue for ordinary investors,” said Aron Szapiro, director of policy research at Morningstar. “Even things like the 5th Circuit ruling raise the awareness that an adviser might not be a fiduciary.”

The current regulatory uncertainty will create more confusion. Large brokerage firms have moved to comply with the DoL rule, and they are not likely to reverse course quickly. “These big firms are like barges – it’s not so easy to turn them around,” said Patricia Houlihan, chair of the Committee for the Fiduciary Standard, who heads a fee-only fiduciary planning firm in the Washington, D.C., area.

“Many of them have already been marketing themselves as saying they put the best interest of clients first – I don’t know how you just reel that back in.”