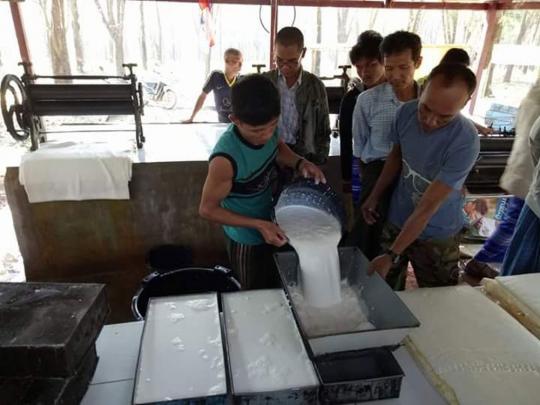 Rubber exports have increased by around 50,000 tonnes during the two consecutive fiscal years as the country sees an increase in rubber production and are able to control illegal rubber exports, said Khaing Myint, general secretary of Myanmar Rubber Planters and Producers Association.

Due to a decline in the rubber price in the global market, the current local rubber price is declining. The association has suggested that planters should grow high-yield rubber strains only and produce high-quality raw materials.

The country’s annual rubber production amounts to around 200,000 tonnes in total. The country exports more than 90 percent of rubber and consumes around 8 per cent with China as the major importer. Myanmar exports rubber to Malaysia, Singapore, Indonesia, South Korea, Japan, Taiwan and India.