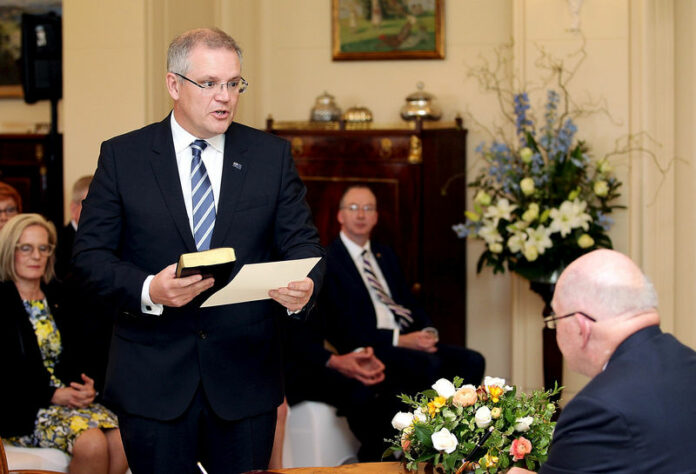 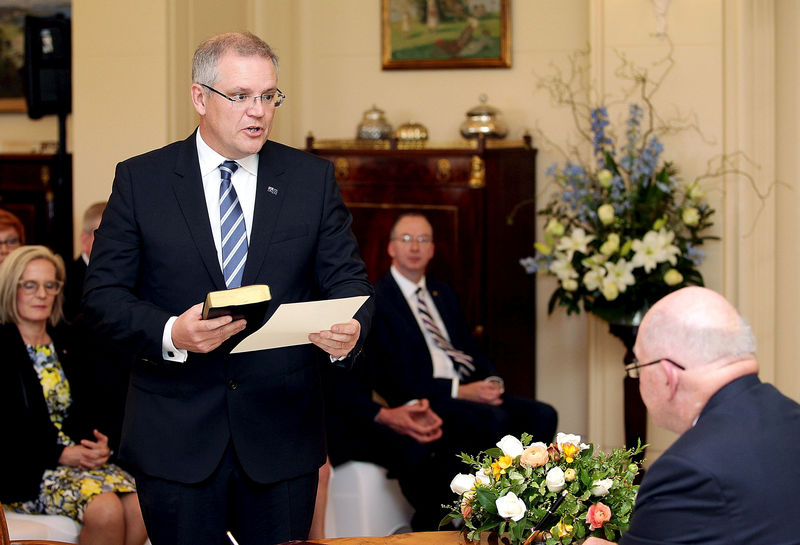 By Jane Wardell and Alana Schetzer

SYDNEY/MELBOURNE (Reuters) – Australian Treasurer Scott Morrison on Sunday warned voters not to expect “mammoth cuts” to taxes and reiterated his center-right government’s commitment to return the country’s finances to surplus as soon as possible.

This year’s federal budget, to be presented on Tuesday, is being viewed as the unofficial kick-off to a months-long national election campaign, with the Liberal-National coalition under pressure amid a banking sector scandal and falling popularity.

Recent improvement in the government’s coffers due to a pick-up in revenue, particularly company tax, has fueled speculation the government will unveil some big-ticket budget sweeteners in a bid to win over voters.

Morrison has already flagged a corporate tax cut to 25 percent, from the current 30 percent, despite failing to push the measure through the parliament, where the government has a majority of just one seat. He has argued the cut is needed to keep Australia competitive for investors.

On Sunday, Morrison told a television program that low and middle-income earners would be the first priority for further cuts, with high-income earners further down the line.

But he cautioned that cuts would likely be modest as Australia continues to rebalance itself away from a once-in-century mining investment boom that let it become the only OECD country to escape recession during the global financial crisis.

“You have to ensure that you build your budget up to surplus, which is exactly what we are doing.”

But a dramatic improvement in revenues is expected to be revealed on Tuesday. Deloitte Access Economics has estimated that the corporate tax take has risen by A$36.2 billion from a year ago and individual income tax by A$10.6 billion.

That has raised suggestions a return to surplus could be fulfilled earlier, but Morrison was tight-lipped on Sunday, saying only that the intention was to “return to that level as soon as possible”.

Prime Minister Malcolm Turnbull’s government needs a positive response to its spending plan, after being buffeted by a dual citizenship crisis that almost cost it a parliamentary majority, a sex scandal that led to the resignation of the deputy prime minister and revelations of serious misconduct in Australia’s banking sector, during an ongoing Royal Commission inquiry.

Morrison dismissed speculation that the commission has made the government’s planned corporate tax cut a harder sell with the electorate, pointing to a banking levy recently imposed on the banks to raise A$16 billion over 10 years.

Budget sweeteners already announced include cutting the amount of excise tax paid by craft beer brewers, an A$140 million package to lure blockbuster film productions to Australia and plans to recover as much A$3.6 billion over the next four years in losses from illegal tobacco imports.