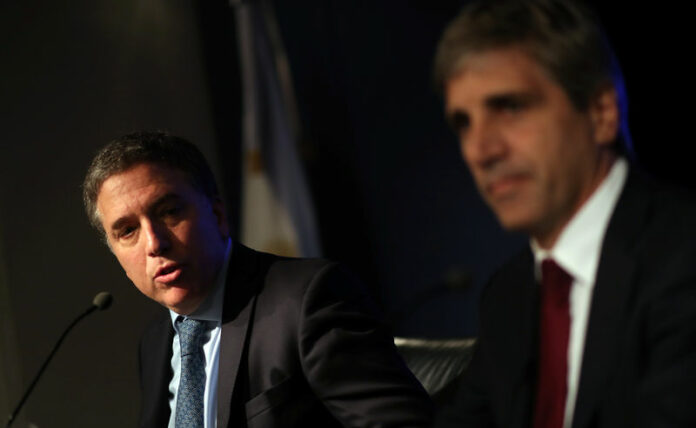 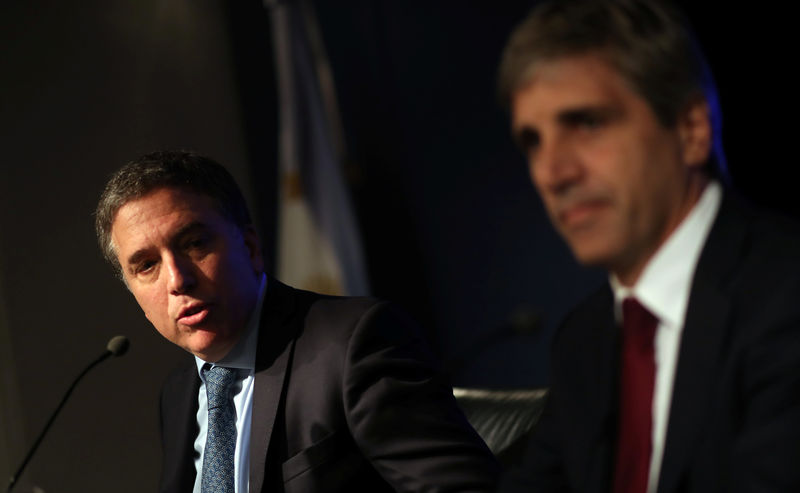 By Caroline Stauffer and Eliana Raszewski

BUENOS AIRES (Reuters) – Argentina likely stopped a run on the peso with a massive rate hike and lower fiscal deficit target on Friday, though high inflation and large amounts of debt are lingering risks, economists said.

Treasury Minister Nicolas Dujovne told local radio over the weekend the government had avoided a crisis with coordinated measures by the central bank and economic team, though he acknowledged Argentina would pay for the measures with lower economic activity.

“We chose to avoid a crisis … Later undoubtedly higher rates can result in lower activity but that also depends on how long the rates last.”

The peso closed 5.12 percent stronger at 21.88 per dollar on Friday after the central bank hiked its benchmark interest rate to 40 percent and Dujovne lowered the fiscal deficit target but the peso remained 6 percent weaker than a week ago.

The peso’s slump to all-time lows and talk of crisis last week made Argentines nervous as many still have strong memories of a 2001 bank run that led to years of hyperinflation, political instability and poverty. The local Merval stock index (), one of the best performing in the world last year, fell 2.6 percent on Friday.

“We believe the () will calm down in the next few days, although it will not necessarily be free of volatility,” local consultancy Ecolatina said.

The 40 percent rate “can temporarily support an exchange rate of 21.6, but the heavy positioning, loss of credibility, and reputational cost make 22 [pesos] a new fair rate in our view,” BTG Pactual economists said in a note.

The bank forecast an exchange rate of 24 per dollar for the year end and raised its annual inflation forecast to 24 percent – far higher than the central bank’s target of 15 percent.

The issue of credibility is crucial to Argentina, which returned to international capital markets after settling a dispute with holdout creditors after center-right President Mauricio Macri took office in late 2015, ending 12 years of leftist governments.

Macri’s economic team has tried to present a unified front in recent days. A government spokesman said Macri had expressed complete confidence in the central bank at a cabinet meeting on Thursday. Dujovne publicly expressed support for the bank on Friday in a joint press conference with Finance Minister Luis Caputo, who said the government would not take on any more foreign debt this year.

The central bank, which is not technically independent from the government, had lowered rates earlier in the year, arguing inflation would start falling in May when a series of government mandated price hikes on energy and transportation were scheduled to end. But higher rates abroad and an exodus from emerging markets last week appeared to have caught it off guard.

Before announcing three emergency rate hikes starting on April 27, the bank tried to prop up the peso by selling nearly $8 billion in dollar reserves on the spot market since March. Friday was the first day the bank did not intervene in two weeks.

“The () is going to stay at these levels, always attentive to what happens abroad,” said Economist Santiago López Alfaro, of Delphos Investment. “If it stays constant, then we have reached a new equilibrium point… I do not expect much intervention with these rates.”

Lopez said economic growth would likely be closer to 2 or 2.5 percent this year, below the government’s initial forecast of 3 percent, because of higher rates as well as a punishing drought that hurt soy and corn output in the world’s No. 3 exporter of both.

Argentina’s association of small and medium sized companies warned it members would pay for the latest measures with “excessive financing costs, impossible conditions for accessing productive credit and a rupture of the payment chain.”